Why Haitian migrants are desperately flooding the US border

OPINION: The masses have shown up at America’s doorstep and the limelight is now on Biden’s administration to either extend the hand of humanity or to keep to the door bolted firmly shut. 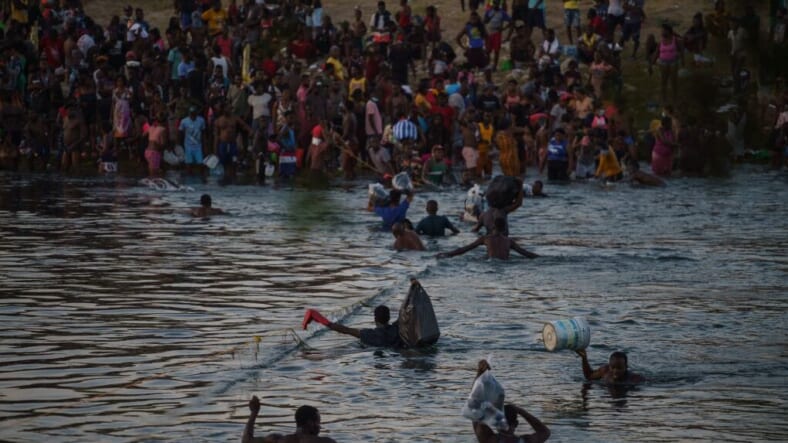 Texas has long been heralded as the immigration capital of the Americas. However, not all of the stories have been good — during the Trump administration, America witnessed children being separated from their families and others being held in cages at the border. In fact, under President Donald Trump a more rapid form of deportation came into existence as he adopted a policy that allowed migrants to be immediately removed without the opportunity to seek asylum.

For the longest, many assumed that these people were mostly Mexican. But more recently, due to political turmoil, natural disasters and general instability, Haitians have joined those swelling numbers.

The little known city of Del Rio, Texas, has become notorious in the last few days as startling photographs have emerged of the thousands of Haitian immigrants positioned at the border. This city is connected to Mexico by bridge — the very location where these Haitians have been forcibly sheltered. The number of migrants has toppled 12,000, an uptick from the 6,786 apprehended by border patrol last month. But although these numbers seem glaring, Haitians still only make up “fewer than 4% of Border Patrol’s total apprehensions.” It is important to note, “Mexico does not accept expelled Haitians or people of other nationalities outside of Mexico, Guatemala, Honduras and El Salvador,” leaving Haitians in the conundrum we see today.

The United States Border Control contends that they are using the Del Rio International Bridge as a temporary staging site until migrants are taken into custody — but no officials have been able to answer the question of how long this might take. After trekking through most of South America, these migrants have reportedly been forced to wade back to Ciudad Acuña, Mexico through the Rio Grande to stock up on essentials like food and water that they have allegedly not been receiving from the United States. Meanwhile, temperatures have surged to over 100 degrees at the bridge. 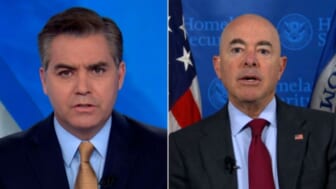 The migrants that are arriving to Texas have often made arduous journeys. Many have traveled from Haiti to Chile, Colombia, or Bolivia. Once arriving in these countries, they undergo a dangerous passage through the Darien Gap, a Panamanian jungle, before arriving in Mexico. After combating the forest, drug traffickers and the elements, most are realizing they went all this way only to be turned around.

Many misunderstand the migrant struggle and lack the understanding that most have no true desire to leave their home country until conditions are dire. And the conditions are in fact dire. The worst earthquake Haiti has faced since 2010 struck last month killing over 2,000 people. Leaving the new Prime Minister Ariel Henry with more than enough on his plate — after assuming office in a saga that would rival Game of Thrones. Prime Minister Henry is currently in the hot seat as he recently replaced Haiti’s Minister of Justice shortly after firing Haiti’s chief public prosecutor (Bed-Ford Claude) who has called for the prime minister’s arrest for his alleged connection with the assassination of the late President Jovenel Moïse.

Renald Luberice, the secretary-general of Haiti’s Council of Ministers resigned on Wednesday citing his disgust with the current prime minister’s leadership and refused to work under a regime that “does not intend to cooperate with justice, seeking on the contrary, by all means, to obstruct it.” Perhaps Luberice takes issue with the recently revealed phone calls that Prime Minister Henry made to Joseph Badio — a key suspect in Moïse’s murder and the embroiled country’s ex-chief of anti-corruption. Badio has still not been found.

The first lady, Martine Moïse, joined the fray with her recent interview about the events of the July 7th assassination. The first lady says her life is still and will always be at risk since the loss of her husband of 25 years, as he was assassinated just a week after his 53rd birthday. Since the assassination, three Haitian-Americans and over 24 Colombian nationals have been arrested as suspects.

With the ongoing saga in Haiti’s political structure and the 7.2 magnitude earthquake that occurred last month, it is no surprise that Haitians are fleeing the unstable country. Republican Party leaders like U.S. Ted Cruz and Texas Gov. Greg Abbott have been outspoken on the migrant crisis. In fact, Governor Abbott pledged to build a wall on Mexico-Texas border as well as signing “a law to increase border security funding in the state to $3 billion.” Now eyes have turned to President Joe Biden‘s administration to see if the migrants would be permitted asylum considering the country’s overwhelming troubles. Internal documents allege that the United States Immigration and Customs Enforcement (ICE) would be increasing deportation flights to Haiti over the next several weeks. 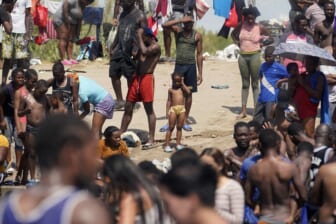 The United States has moved to deport the more than 12,000 migrants that are now being detained under the Del Rio Bridge. Already 320 migrants have been deported, and the flights will continue. Three flights left from San Antonio on Sunday, six flights are expected on Tuesday and Wednesday will begin the seven daily expulsion flights to Port-au-Prince and Cap-Haitien. The ordinance that was passed under the Trump administration and has continued under the Biden administration, disallows Haitians the right to seek asylum or humanitarian protection — deporting them almost immediately. The one beacon of hope is that the Biden administration suspended this policy for children, allowing families with children to squeeze through.

The Statue of Liberty has a poem written on the bottom — it says “Give me your tired, your poor, your huddled masses yearning to breathe free, the wretched refuse of your teeming shore.” Well the masses have shown up at America’s doorstep and the limelight is now on Biden’s administration to either extend the hand of humanity or to keep to the door bolted firmly shut.