"The last time I actually attended a graduation, I was in sixth grade,” Richardson said on receiving the honor

Kevin Richardson, originally known as a member of the Central Park 5, has officially received Syracuse University’s first honorary undergraduate degree according to Pix 11. 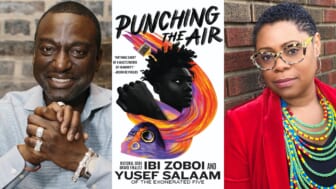 Richardson, 46, dreamed of playing basketball for Syracuse University and performing in the school’s marching band. He was robbed of that dream in 1989 when he and Antron McCray, Yusef Salaam, Raymond Santana, and Korey Wise, all Black and Latino teenagers, were wrongfully convicted for the rape of Trisha Mieli, the Central Park Jogger.

In 2002, a serial rapist, Matias Reyes, who was already in jail confessed to the crime, and his DNA confirmed it. Now known as the Exonerated Five, Richardson, McCray, Wise, Santana and Salaam were cleared of all charges after spending between five and 13 years in prison.

“All of my friends, we all had different teams and mine was Syracuse,” Richardson previously said in an interview, theGRIO reported. “I just had a love for Syracuse.”

In 2019, he accepted the university’s invitation to visit and lend his name to a scholarship called the Our Time Has Come Kevin Richardson Scholarship. At the time, a separate student-led effort advocated for an honorary degree, and the move paid off. Richardson is the first person in Syracuse University history to receive an honorary undergraduate degree, as part of the class of 2020, New York’s Pix 11 reports.

“To be recognized by the university, that’s a really big deal,” Richardson said, “I brought my 13-year-old to witness it, to carry my legacy. So to be the first of anything is a blessing and I’m extremely humbled by it.”

Richardson said his daughter wants to study music at SU.

“My mother is so excited. She’s proud to see me because, the last time I actually attended a graduation, I was in sixth grade,” he explained.

“I thought that it wasn’t possible that I would ever go (to Syracuse),” Richardson said in a 2019 Washinton Post interview, “because once I got out of prison, I’m no longer at the age to play college basketball.”

The Exonerated Five gained renewed attention in 2019 with Netflix’s four-part series When They See Us, directed Ava DuVernay. The drama series introduced the story of the group formally known as the Central Park Five to a new generation of justice-minded young people, many of whom weren’t born when it was playing out in real-time.

“Now, when they see When They See Us, it becomes fresh to them, the story. The story has been around for 30 years, and even before that, and the same thing is still happening,” Richardson said. “So I think kids now are very eager to do something.”

At the height of the criminal case in the late 80s, then New York City developer Donald Trump took out a full-page ad in several newspapers in NYC that called for the execution of the Central Park 5. Trump’s message was headlined: “BRING BACK THE DEATH PENALTY. BRING BACK OUR POLICE!”

“It’s basically saying we should be executed without even knowing us as people, not knowing our families, our background,” Richardson said in a 2020 interview with Yahoo.

“We became almost the modern-day Emmett Till’s when you look at what Donald Trump placed in the papers two weeks after we were accused of this horrific crime,” Salaam added.

“You have to remember they had put our phone numbers, names and addresses in New York City newspapers, so what that means is that when he put that out there other people took it as a nod that it was OK that if we got a chance to get our hands on these people, we should do what they did to Emmett Till to us.” 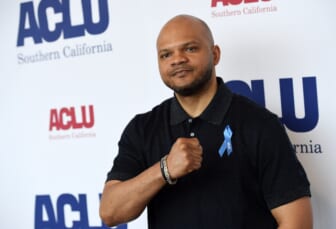 The Exonerated Five have since become outspoken advocates for criminal justice reform.

This article contains additional reporting from the Associated Press