Maher responded to "The View" hosts Whoopi Goldberg and Meghan Mccain, who have been going back and forth over the necessity of the Black National Anthem

“I am what you might call an old school liberal who was brought up with the crazy idea that segregating by race is bad,” Maher, who is white, said Friday during his HBO show Real Time. “Again, when it comes to an anthem, it doesn’t have to be the one we currently use. But it has to be just one — you know, ‘cause it’s a national anthem.”

In July, the NFL announced it will play “Lift Every Voice and Sing,” known as the Black National Anthem, before each game in the 2021-22 season as part of a $250 million investment towards social justice. 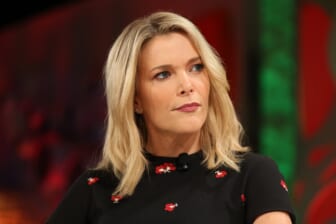 Maher, however, has taken the stance that having two anthems “fragments” the “unity” of America by reinforcing racial discrepancies.

“Symbols of unity matter, and purposefully fragmenting things by race reinforces a terrible message that we are two nations, hopelessly drifting apart from each other,” Maher said. “That’s not where we were even 10 years ago and it’s not where we should be now.”

While Maher stated on Friday that America still needs to take steps to address the “sin” of slavery America was born from, offering no suggestions of his own, he immediately follows by claiming that the act of playing the Black National Anthem is harming Black Americans, claiming that “most” Black people have a “relatively high” standard of living in America in 2021, a statement for which he provided no supporting evidence.

“Yes, America was born from the original sin of slavery and redress for that is certainly still in order, but not at the cost of destroying a country that most Black people now have found a decent life in, with a relatively high standard of living and don’t want to lose, and vulcanizing our nation will certainly cause us to lose it,” Maher said. “We need to stop regarding this new woke segregation as if it’s some sort of cultural advancement. It’s not.”

The segment was in response to comments from The View’s Whoopi Goldberg and Meghan McCain, who have gone back and forth with Maher over the necessity of playing the Black National Anthem before games — a microcosm of a larger national debate among those who acknowledge inequality exists, but disagree on the means by which equality can be achieved.

Some, Maher included, promote the rhetoric that despite an uneven racial playing field, allocating uniquely tailored resources to the racial groups towards the bottom of the American racial hierarchy is itself a form of racism, because it reinforces differences between racial groups.

Others, such as Goldberg, believe that if the racial playing field is already uneven, proportionally allocating resources to racial groups towards the bottom of the hierarchy is the way in which the playing field is ultimately leveled.

These specific resources can take the form of heightened racial education in schools in a way that does not center whiteness, as well as playing a unique national anthem that represents an entire population of Americans who have been systematically excluded.

“In the culture that I’ve seen, we are fighting because there’s a big gap,” Goldberg said. “You don’t see us as being viable parts of the United States and that’s the problem. Not just us, but Native Americans…women, just the whole thing. So you know what, everybody, America get it together.”