The show is the first of its kind and was birthed from the first Black-owned, faith-based FM radio and television station in Boston. 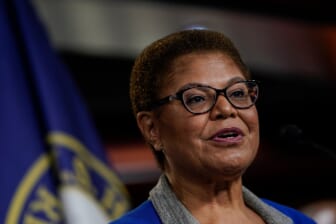 The debut episode featured a conversation with Boston mayoral candidates Michelle Wu and Annissa Essaibi George. Boston Black News was founded by Pastor Bruce Wall. It is the only FCC-licensed FM station and television network in the city that is both faith-based and Black-owned.

BBN is a spinoff of Boston Praise Radio and TV, which Wall also founded. Wall is a pastor at the Global Ministries Church in the neighborhood of Dorchester.

“We created Boston Black News to provide a more nuanced portrait of the lives of the Boston Black community to counteract the predominantly negative or otherwise bigoted stories of our community reported by mainstream media,” Wall said in a statement. “We are very excited that The Boston Globe is joining our ever-expanding roster of news and information programming available for every listener in metro Boston.”

In a release, the Globe says that the purpose of the partnership is to “develop a space for the Black community to engage and connect with the Globe’s writers, news sources and community stakeholders to deepen connections across greater Boston, allowing a moment to reflect on the past to learn how to create a better, more diverse, and more inclusive future.”

“We understand the importance and crucial role that Black press has played in reporting the hardships and achievements of Boston’s Black community,” said Peggy Byrd, chief marketing officer at Boston Globe Media. “Collaborating with BBN … is a vital part of ensuring that we are supporting independent Black media outlets highlighting the multitude of stories existing in the Black community. 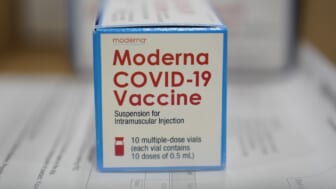 Also Read:
Moderna CEO says COVID-19 pandemic could be over in 2022

“I knew that we needed to cover stories about Black people and produced by and reported by Black folk,” Wall told the Globe. “So I [contacted] the Globe because I liked the quality of writing, and I like and appreciate some of the reporters who were there. We’re going to help The Boston Globe reach Black Boston like they’ve never done it before.”