A Louisiana woman has been charged with second-degree murder and attempted murder after being accused of throwing two of her children off a bridge Friday morning, according to authorities.

Ureka Black has been identified by Shreveport police as the mother of the victims and the assailant of the horrendous crime that killed one child and seriously injured another.

A spokesperson for the police said that the department got a call just before 11:00 a.m. on Friday, about a child floating in the water near the Cross Lake Bridge in northern Louisiana. Shreveport’s marine patrol officers arrived on the scene and began searching the lake for the child.

They were able to recover the body of a male infant and a five-year-old boy who was then transported to the hospital with life-threatening injuries.

Investigators were able to piece together information leading to the arrest of Black later that day.

“My heart is just so broken with this event that has occurred today,” said Wayne Smith, the substitute chief for the Shreveport police department.

The search for a potential third child ended early Friday afternoon after the child was found safe in another location. 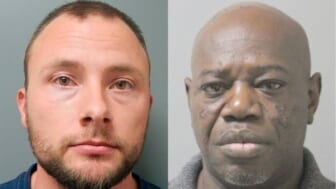 “This is a tragedy and we ask for prayers for the children and their family,” said Shreveport police department Sergeant Angie Wilhite, about the devastating incident that happened on Friday.

According to police, Black, 32, is alleged to have thrown two of her kids off of either Cross Lake Bridge or the low bridge at South Lakeshore into Cross Lake sometime before 11:00 a.m.

The lake is over 8,500 acres and supplies water for the city of nearly 200,000 residents. The lake is also known to host a variety of wildlife, including waterfowl and alligators.

Authorities were able to find Black after they linked her to a gray Dodge Caravan with a Texas license plate to the crime, and put out a BOLO (be on the lookout) for her vehicle in the surrounding area.

Her vehicle was spotted by a Waskom, Texas police officer, which led to her arrest.

No bond had been set for Black, who is still detained in Waskom and waiting to be extradited back to Caddo Parish in Louisiana. 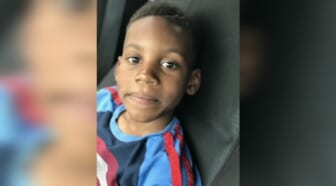 “Pray for our law enforcement officers that have been out here all day, all morning working on this,” continued Wilhite about the horrific crime. “Our firefighters, Life Air, our dive teams with the Caddo sheriff’s department, and the police department. It’s been a multi-agency effort. Unfortunately, there’s no happy ending to this, but we do have the suspect in custody. Our detectives are working right now on interviews and recovering more evidence in the case.”

Black’s five-year-old son, who is expected to make a full recovery, had a drive-thru birthday party on Saturday at Ochsner LSU Health, the hospital he has been staying at.

According to Shreveport City Council Woman Tabatha Taylor, the event was pulled together by police Sergeant Tawanna White to commemorate the young boy’s birthday during this unfortunate time.

The boy was brought down by medical personnel to the front of the hospital on 1541 Kings Highway, where people could drive up and wish him a happy birthday.

Any gift overages will be stored at the Shreveport Police Department.