A survey at an AME church cemetery in Delaware, found more than 550 burials of African Americans from the mid 1800s to the mid 1990s

More than 550 African American graves have recently been found at St. George African Methodist Episcopal Church (AME) cemetery in Delaware, according to WBOC.

The bodies were found during a research project lead by the Greater Lewes Foundation in an effort to learn more about the historic cemetery. Two archeological firms were hired to survey the .61 acre cemetery using non-invasive technologies.

Prior to the findings, the church, which is located just before Lewes Beach, had accounted for only 82 bodies in the cemetery.

The burials are estimated to date back to 1848, with the most recent ones being in 1945, the year the cemetery closed.

“The cemetery was the only place to inter African Americans for about 100 years in Lewes and that makes it a very significant remaining artifact of the African American life in Lewes,” said director of the Greater Lewes Foundation, Mike Rawl.

While initial estimates show that there are 550 bodies buried in the cemetery, that number is likely to increase with further exploration. 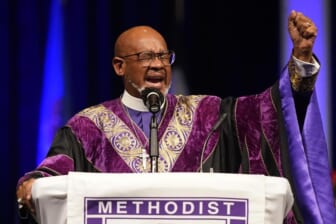 In recent years, there have been several measures to preserve Black culture and history in Delaware due to its distinct and long-standing Black population.

According to 2021 Census data, the state is more than 22% Black, with the city of Wilmington being the most densely populated Black area at nearly 60% Black.

Black Americans, who were brought over to Delaware during slavery, have played integral parts in the development of statehood and have revolted against institutionalized racism in the state for centuries.

In June 2021, Delaware Governor John Carney signed into law a bill that would require all K-12 public and charter schools to teach Black history throughout the school year and not just in the month of February.

“The only way we can secure our future is to understand and reconcile our past,” said Carney during the signing. “This bill is about helping all of us understand that full story – the good and the bad – so that we can secure a better future.” 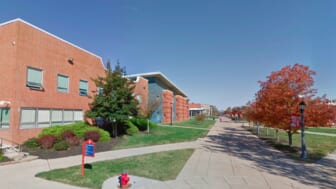 The revelations at the AME church sparked much interest within the community when the findings of the project were presented at the Lewes Library on September 11.

“All of this data makes the AME cemetery one of the most significant and important remaining African American historical sites in Lewes, and well worthy of further study and attention,” said Trina Brown Hick, a member of the Lewes African American Heritage Commission who was at the presentation.

“It’s just so revealing to me to know that they can find out who some of my family are,” said Louis Riley, a Lewes resident who found out that more than 20 of his ancestors were buried at the cemetery. “It just, it just warms my heart.”

The GPR cannot be 100% accurate, and further investigation is needed as it is also known that bodies were often stacked on top of one another.

The next stop for the project is to continue identifying the unknown burials and find the stories and relatives behind the bodies.