OPINION: With key votes coming soon on the proposed budget bill and the infrastructure bill, engaging Generation Z can make the difference in creating public pressure to pass both bills

We showed up in November. Young people voted and we made a difference.

Now, some of the increase in voter turnout in 18 to 29 year olds is that the 2020 election was the first time that Generation Z was eligible to vote. An NBC exit poll from the 2020 election found that 65% of voters ages 18 to 24 voted for President Joe Biden and Vice President Kamala Harris. There was a 34% gap between President Biden and Donald Trump among Gen Z voters. The biggest vote gap of any age grouping. 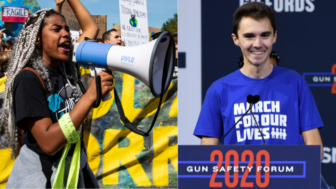 So here we are, almost a year later and we are wondering what now. If you visit social media platforms like TikTok, Instagram, and Twitter, you will see many young Americans expressing their hopes and frustrations with the legislative process. From abortion rights, to voting rights, to climate change, to issue of race and equity, to the costs of higher education and more, young people across the nation are calling for action.

What is not being actively discussed by young Americans, especially Generation Z, is the proposed Build Back Better Agena by President Biden and Vice President Harris. If you take a few minutes to visit the White House Build Back Better website page, you will see a policy proposal that touches on a wide variety of issues that should matter to Generation Z.

First, there is the proposal to help lower the costs of higher education. The proposal by President Biden would provide two years of free community college. It would increase the Pell Grant awards by $1,500, which isn’t a large amount but would definitely help. For Black members of Generation Z, there is also the commitment to invest billions into our nation’s historically Black college and universities.

Beyond higher education there are other proposals in the Build Back Better agenda that may not specifically be a concern of Generation Z members today, but should be if we care about our future. Issues such as affordable quality childcare, making housing more affordable, lowering healthcare costs, investing in clean energy jobs, investing in teachers and schools, and long term investments in workforce training are just some of the other areas that would be addressed by this agenda.

The question we must ask ourselves as Generation Z is why are we not talking about any of this? I understand that we care about the cost of higher education because we are in college or getting ready to start college; but we should also care about if, when we graduate, we will be able to find affordable housing and have access to affordable, quality, and culturally responsive healthcare services.

We should care about America investing and committing to clean energy today so we will have a sustainable environment for our lives and our children’s lives. We should care that when we become parents, we will have access to affordable and quality childcare services. None of these can be addressed overnight. If action is not taken now, it will be too late to address by the time we reach points in our lives that they will directly affect us.

At the same time, The White House and Democrats need a better engagement strategy with Generation Z on this important agenda. What has been the normal process of engagement through web pages and media releases are not enough to reach Generation Z. In the May 2021, Digital Media Trends Report by Deloitte showed that currently 50% of Generation Z consume their news from social media platforms. Only 12% of Generation Z said they consumed news from network or cable TV. If you want to engage people you have to engage them where they are.

Over the last few months, the White House has used TikTok for a few specific videos that have received significant views and engagement. One of the more successful ones was done by Benito Skinner where he shared a great video about a day in the life as a White House intern and talked about the need to get vaccinated. It was funny and engaging. But it also demonstrated a problem.

The strategy currently under use by the White House and Democrats is to use celebrities on TikTok to engage their followers with a message like the need to get vaccinated. But it seems the White House team is missing the true power of platforms like TikTok in mobilizing Gen Z to action. It isn’t the celebrity TikTok post that generates the action, it is those posts from everyday Gen Z members who are passionate about an issue and want to make a difference. 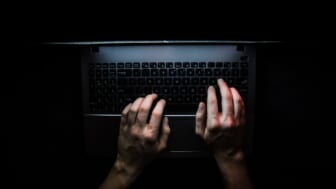 Just look at the recent action by the amazing Olivia Julianna to post a TikTok video on the new abortion law in Texas and how people could help engage to stop it. Her post would lead to a wave of reactions that spread virally across Gen Z members. Others, such as Sean Wiggs, got engaged on TikTok and created new tools for Gen Z members to use to take direct action.

At the same time, just as many Black creators are having serious issues with and are considering leaving TikTok, you also see the lack of diverse voices being engaged by The White House on platforms such as TikTok. Because of social media platforms like TikTok, authentic voices that represent the diverse demographic makeup of Generation Z are able to effectively communicate with their peers. When those voices are ignored for easy and low lying celebrity chasing, the White House and Democrats miss the opportunity for deeper engagement, and more importantly, action.

With key votes coming soon in the House and Senate on the proposed $3.5 trillion budget bill and the $1.2 trillion infrastructure bill, engaging Generation Z can make the difference in creating public pressure to pass both bills. White House and Democratic Party leadership should be sitting down today to figure out how to get information in the hands of the authentic voices in Generation Z that can help create that pressure. White House team, let Gen Z do what Gen Z does best. If they can’t figure it out, maybe the Congressional Black Caucus can.

What Generation Z should also remind ourselves is that at the end of all of this, the responsibility is ours to protect and build the future we want. We have never waited for others to engage us on the issues that we say we care about. We have turned TikTok into a tool that allows us to not only share our stories, but actually affect the world we live in. The question is will we bring the same passion we brought on other issues to ensuring that these bills pass and become law to protect the future we want and deserve.

Gen Z, time is TikToking away. It’s time for us to take action and do what we do. 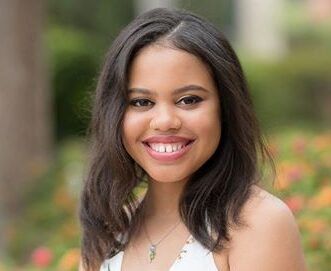