Here’s your reminder that demonizing immigrants is actually anti-American

OPINION: Touré writes about the need for the United States to embrace undocumented immigrants -- not shun them.

An immigration activist participates in a rally near the U.S. Supreme Court as they demonstrate to highlight immigrant essential worker rights, on May 12, 2021 in Washington, DC.(Photo by Kevin Dietsch/Getty Images)

Every few months, it seems there’s a new group of immigrants arriving from a different country, be it Haiti, Cuba, Afghanistan, Mexico or wherever. Immediately, they’re are demonized by right-wingers as if they’re coming to suck on America’s teet, grab up free stuff and generally ruin our country.

Watching the denigration of immigrants’ character is difficult, in part, because this issue is personal to me: My wife is a first-generation immigrant from Lebanon whose experience has given me a clearer view on what life can be like for immigrants.

No one packs a bag and flees their home country for a place where they know no one and don’t speak the language lightly. Thousands come to America because of a life emergency — oftentimes, there’s a war or widespread economic depravity in their home country. My wife was around 10 years of age when the fighting in the Lebanese Civil War came so close to her mother’s house that she was awakened by the sound of a bomb. She witnessed her mother, then a nurse, caring for injured, bloody people who came to her apartment in despair. Shortly after that, she and her mom left for America.

It’s crazy that so many people in the world see America as a great place to restart their lives, yet so many Americans see immigrants as an insidious blight on our day-to-day existence. Studies show that most immigrants come to America looking for work or to reunite with their families; most immigrants pay taxes and are less likely to engage in criminal behavior than Native American citizens, yet counterfactual myths about immigrants persist.

My wife and her mother had a tough time when they arrived in America, but they were never on welfare and they soon became tax-paying citizens and valuable members of their community.

I can’t imagine how heartless one must be to be to see someone whose life is in shambles and in desperate need of help, only to say, “Yeah, we can’t help you.” Or, “You don’t have the right paperwork.” Surely, a great and rich nation of 330 million can absorb a few thousand people. A look at the past several decades shows that immigrants from Cuba, Mexico and Southeast Asia have had a powerful and valuable impact on Miami, Texas and Southern California.

You cannot, at once, claim that America is the world’s greatest nation and believe that it shouldn’t harbor those who need help. If we really are the greatest nation, that distinction comes with responsibilities, especially when many in need of our help can trace their troubles back to us: America’s attempts to spread democracy and our imperative to be the world’s policeman has, at times, led to the destabilization or the impoverishment of other nations. 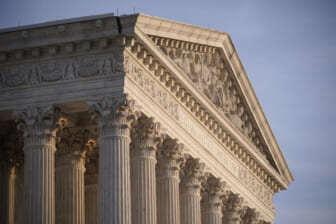