Ellen Pompeo reveals ‘Grey’s Anatomy’ altercation with Denzel Washington: ‘This is my show’

The star-executive producer of "Grey's Anatomy" said she still has "the utmost respect" for the acclaimed actor-director.

In a recent episode of her podcast, actress Ellen Pompeo revealed an altercation on the set of Grey’s Anatomy when esteemed actor Denzel Washington directed his only episode of television back in 2016.

Since 2005, Pompeo has graced television screens as Meredith Grey on ABC’s hit medical drama, and a few years ago, she gained co-executive producer status on the series, which shows no signs of stopping as it preps to debut season 18 next month. On Wednesday’s episode of Tell Me with Ellen Pompeo, its host shared a shocking story of an altercation between her and the Academy Award-winning star of 2016’s Fences when he directed an episode of Grey’s.

On the podcast, featuring her former co-star Patrick Dempsey as its guest, Pompeo said that while the Washington was directing, she yelled an improvised line to another actor during an emotional scene. This, she reveals, did not go over well with Antwone Fisher director.

“I was like, ‘Look at me when you apologize. Look at me,'” she said she yelled at the time, “and that wasn’t in the dialogue. And Denzel went ham on my ass. He was like, ‘I’m the director. Don’t you tell him what to do.'”

Washington — who reportedly was brought on by producer Debbie Allen to direct in order to please Pompeo — paid his acting dues on television strengthening NBC’s hit medical drama St. Elsewhere from 1982 to 1988, on which he starred as Dr. Phillip Chandler.

Pompeo went on to explain that despite her moment of disagreement with Washington, she has the “utmost respect for him as an actor and director.” 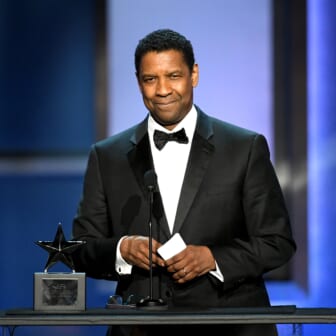 At the end of her story, she added, “he’s just one of the best to ever do it.”

Jason George, another star of Grey’s Anatomy, also told E! News in 2016 that Washington directing the show was an “amazing experience.” 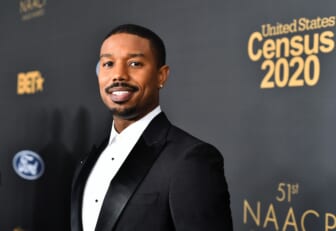 Also Read:
Michael B. Jordan stars in new trailer for Denzel Washington’s ‘A Journal for Jordan’

“There is a slight difference when a director [who] has been an actor is directing you,” he said.

“Denzel leads everybody in the dust in terms of that,” George contended. “He can hit to the core of what’s really going on for you in that scene very quickly and get everybody focused.”