The 1,000-lb statues will remain in Union Square for 30 days

Floyd and Taylor both died at the hands of law enforcement, and Lewis, the civil rights icon, died at the age of 80 after an eight-month battle with pancreatic cancer. All three individuals left a mark on the nation after their passing in 2020.

The statues will remain in the southern part of New York’s Union Square neighborhood for 30 days before traveling to different cities all over the country, ABC News 7 reports. They will ultimately be auctioned off with proceeds going to charities linked to Lewis, Floyd and Taylor. 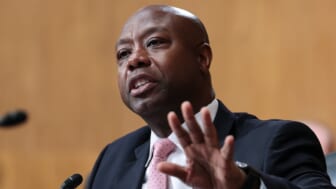 “The exhibition is entitled ‘See Injustice.’ In one way or another, each of these individuals saw injustice,” Chris Carnabuci told the news station.

Each bronze-coated statue weighs about 1,000 pounds and is made of 200 thinly-cut slices of African Mahogany, per the report.

The exhibition hails from the Confront Art organization. Behold the statues via the clip below.

“At Confront, our mission is very simple: It’s to create amazing public and free art that’s immersive, and that can inspire, and that can promote social justice causes and perhaps connect us and bring us closer together. So, we’re proud to present our first installation,” Confront Art co-founder Andrew Cohen said.

“I wanted to capture a moment in time that was historic and significant,” Carnabuci told Artnet News. “I want the art to provide an environment for civil discourse where we can discuss our differences and maybe even come to an understanding of each other’s perspectives.”

“These beautiful statues really represent our struggle for the freedom of Black people, for the things that America is supposed to stand for,” Deputy Mayor Phillip Thompson said at the unveiling.

“I must say that as an African American, the way the Floyd family dealt with the murder of George Floyd, with so much grace and so much dignity, where they never said it’s about our family. They said it’s about all of us. And it just touched the hearts of all of us Black folks in America but I think it touches the hearts of so many more people all around the world, and thank you for that,” Thompson said.

“These faces, although so different in the movement, do relate and we needed them to all be together and now are so much more powerful having them together,” said Lindsay Esheleman, Confront Art co-founder. 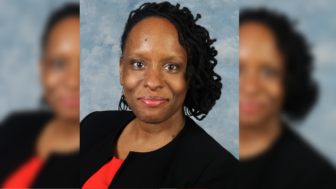 “I showed the statue of George Floyd to Terrence Floyd, and he started crying, and he said ‘that is the most beautiful sculpture of my brother that I have ever seen,” Eshelman told Artnet News. “People were putting up murals people were selling things with George Floyd’s image, but no one had ever come to the family before to ask their permission. And Terrence said ‘you make it bigger.’”

“Let’s just take a deep breath. What I’m actually doing for my brother [is] because he’s no longer able to do it. He didn’t get a chance to do it. And that’s what everyone has to understand, and I want you to know is, don’t waste your breath. Every, every breath you breathe. Don’t waste it,” Terrence Floyd, brother of George Floyd said at the unveiling, adding, “We’re going to do this and love, peace and unity, and we’re going to keep healing together.”