After shutting down the embattled media company on Friday, co-CEO Carlos Watson told "The Today Show" that it will remain open.

The story of the embattled Ozy Media keeps making headlines reminiscent of some of the salacious stories on which it reports.

The digital media company was brought to task by the New York Times via a scathing Sept. 26 report that revealed, among other things, financial mismanagement and not having the audience that its charismatic founder and CEO, former television anchor Carlos Watson, claims. Last week, top journalist Katty Kay quit Ozy Media, along with Mark Lasry, a billionaire who served as chairman of the board.

On Friday, the company announced it was shutting down following an exodus of investors and advertisers. 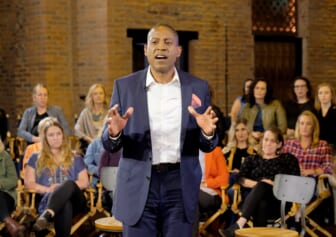 However, Watson appeared on the Today show Monday morning to reveal that the company is, indeed, not shutting down following a reconsideration over the weekend.

“We’re going to open for business, so we’re making news today,” Watson told Today. “This is our Lazarus moment, if you will, this is our Tylenol moment. Last week was traumatic, it was difficult, heartbreaking in many ways.”

“At the end of the week, we did suspend operations and planned to wind down. But as we spent time over the weekend we talked to advertising partners, we talked to some of our readers, some of our viewers, our listeners, our investors, I think Ozy is part of this moment and it’s not going to be easy. But I think what we do with newsletters, what we do with original TV shows, podcasts and more, I think we have a place.”

A spokesperson for Ozy Media has not yet commented on these claims by Watson, CNBC reported.

The whole affair seems tailor-made for a Netflix documentary, including Ozy co-founder Samir Rao’s apparent impersonation of a YouTube executive during a call with Goldman Sachs in an attempt to raise $40 million. There’s also Watson’s beef with alleged Ozy investor Sharon Osbourne, in which they’ve both publicly taken shots at each other following a 2017 legal battle over Ozy Media’s Ozyfest, which is similarly titled to the long-running Ozzfest Music Festival.

Watson, a Harvard and Stanford grad, is a former investment banker who worked at Goldman Sachs. He also previously hosted CNBC’s “The Edge with Carlos Watson” in 2003, served as a CNN political analyst. After a brief run on MSNBC in 2009, he and Rao raised $80 million from several big-name investors to start Ozy Media in Mountain View, California in 2013. On his Today appearance, Watson insisted that he was not aware of and did not participate in the phone call to Goldman Sachs, attributing the whole thing to a mental health issue on Rao’s part.

The Ozy Media story is reminiscent of the story of Elizabeth Holmes, the founder of tech company Theranos, who convinced venture capitalists and investors to donate more than $700 million for technology that couldn’t deliver on its promise. Holmes currently faces up to 20 years in federal prison if convicted of wire fraud, has an HBO documentary about her exploits, and Jennifer Lawrence is set to portray her in an upcoming film entitled Bad Blood.