5 of Black music’s biggest ‘What Ifs’

With the finale of the Disney+ animated series 'What If...' streaming on Wednesday, theGrio explores five real-life music scenarios in which one change drastically altered Black music history

Today marks the season one finale of Marvel’s What If…?, the popular Disney+ animated series that reimagines scenarios and storylines involving characters like Iron Man, Thor and Captain America from the Marvel Cinematic Universe (MCU). It’s been thrilling to watch new stories unfold, but it’s also been bittersweet.

Before passing away of colon cancer, Chadwick Boseman was able to lend his voice to numerous episodes of What If…? during its first season, reprising his beloved Black Panther/T’Challa character. 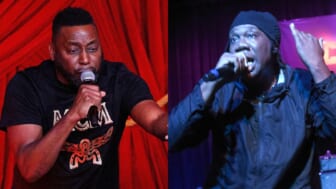 The history of Black music is full of countless woulda, coulda, shoulda happenings; if just one thing had changed, it would have severely altered not only the trajectory of the artists, but music and cultural history as a whole.

As we prepare for Boseman’s fourth and final appearance during Wednesday’s finale, let’s apply the “what if” idea to reality.

In 1988, N.W.A. dropped a bomb on Hip-Hop and America with their album Straight Outta Compton. Songs like “F–k Tha Police,” “Express Yourself,” and the title track shocked middle America and galvanized the rap community by revealing on a big platform what was going on on the West Coast. But after contract dispute, Ice Cube, N.W.A.’s front man and principal writer, quit the group to embark on a solo career. N.W.A. would record an album and EP without him, but eventually broke up in 1991 after Dr. Dre left for similar reasons.

But what if Cube didn’t leave?

Without Cube’s influence, N.W.A. became caricatures, embracing misogyny and gang violence in their persona. Had he remained in the quintet, the thematic lyricism of 1991’s Niggaz4Life album would’ve had a much more serious tone, elevating Dre’s innovative production tapestry. With their continued success, Dre’s solo debut, The Chronic, could have turned out to be an N.W.A. album, or perhaps a Dre-produced solo project for Cube, and Eazy-E and The D.O.C. may have already branched off, doing Dre-helmed solo ventures.

But if Dre were to have funneled most of his energy into his then world famous hit-making crew, and he and Eazy hadn’t had a feud, there wouldn’t have been a need for Death Row Records, or a deal with Jimmy Iovine’s Interscope. That means no Snoop Dogg, Death Row Records, Eminem, Aftermath, 50 Cent, Beats By Dre or Apple Music as we know it today. 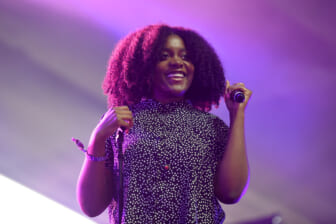 Fans were thrilled when R&B supergroup New Edition released another album, Home Again, with all six members in 1996 — almost a decade after their previous album. Despite the album going double platinum and yielding two Top 10 pop singles, things went sour on the tour as mounting egos and drug use plagued what should’ve been a triumphant reunion moment.

What people don’t know is that the revamped collaboration was six years in the making. Ronnie, Bobby, Ricky, Mike, Ralph and Johnny, appeared together during a March 1990 episode of BET’s Video Soul, and Ralph Tresvant said that all of them were about to go into the studio together in a matter of months.

What if that actually happened?

Imagine all six, fresh off the peak of their individual hits like “Poison,” “Don’t Be Cruel,” “Sensitivity,” and more, coming together in the studio with the likes of frequent collaborators Jimmy Jam & Terry Lewis, Babyface and Teddy Riley. Songs like “End Of The Road,” “Is It Good To You” and “All True Man” may have become New Edition hits. Mike Bivins may have been too busy to put his energy into introducing Boyz II Men to the world, while groups like Jodeci, Troop and Silk may have gotten lost in the hype of the six-headed monster.

What if…Michael Jackson took The Neptunes’ songs instead of Justin Timberlake?

Justin Timberlake was able to make the transition from *NSYNC co-lead to successful solo act, thanks to the success of his 2003 triple platinum debut album, Justified. Much of the album’s success was due to The Neptunes, Pharrell Williams and Chad Hugo contributing seven tracks to the album. However, according to Williams, they were intended for Michael Jackson.

Jackson’s camp had reached out to the production duo for beats, so they submitted beats, including tracks that wound up being “Like I Love You,” “Rock Your Body” and “Senorita.” However, Jackson’s management rejected the songs. So, The Neptunes gave them to Timberlake and the rest was history.

What if Jackson took the songs?

With MJ’s percussive, sinuous high tenor, peerless instinct for rhythm, and genius sense of melody, those songs would have been the foundation of an album that could have increased his reach to a younger audience and continued his decades-long run of domination.

In addition, Timberlake’s first album would’ve sounded drastically different. The success of the Timbaland-produced “Cry Me A River” not withstanding, Timberlake may not have transitioned so smoothly as a solo artist. This means he may not have had enough clout to perform at the 2004 Super Bowl with Janet Jackson. And even if he did, without the song “Rock Your Body,” with the infamous “have you naked” line that prompted the infamous wardrobe malfunction, his soul reputation with Black fans is delayed, Janet doesn’t get blackballed by CBS head Les Moonves, allowing her album Damita Jo to flourish in the market.

What if…Jay-Z remained retired after The Black Album?

The entire campaign for 2003’s The Black Album was centered around Jay-Z leaving the rap game for good. For a while, it looked like he would. Three years later, however, Jay-Z returned to his recording career full-time with the release of Kingdom Come. Since then, he’s dropped four additional solo albums and two collaborative albums. He is widely considered the GOAT among MCs.

But what if Jay-Z stuck to his word?

With rapping behind him, Jay-Z would probably have held onto the Def Jam president job much longer, recruiting more young talent, and bolstering his roster. Since he was already dating future wife Beyoncé, she may have left Sony to record for Def Jam.

With the foundation of Def Jam parent Universal Music Group behind him, the introduction of Tidal may have happened sooner and it could have challenged Spotify and Pandora for legitimate streaming supremacy. But, without American Gangster, Watch The Throne and 4:44, his lack of longevity could’ve taken him out of the GOAT conversation.

“Imma let you finish…” Kanye West’s career can be tracked to before and after he infamously interrupted Taylor Swift during her acceptance speech for Best Female Video during the 2009 MTV Video Music Awards. The immediate backlash prompted him to leave the country, intern at Fendi, and eventually return to America to record what some deem his magnum opus, My Beautiful Dark Twisted Fantasy.

But what if he hadn’t interrupted Taylor?

While his 2008 album 808s & Heartbreak caught everyone off-guard because he was singing instead of rapping, expressing the anguish of his mother’s death and the end of his engagement, West most likely would’ve rebound and continued on his hip-hop trajectory by recording Good Ass Job, his planned follow-up to 2007’s Graduation.

Without his Fendi internship, he may not have gone full steam ahead with fashion, especially after his collaboration with Nike in 2009 failed to go beyond just two sneakers. That means there may not have been a Yeezy fashion line or sneaker empire. He may have refocused on producing for other artists and continued to be a popular rapper/producer, but not the larger-than-life figure we know today, which could be good or bad, depending on who you ask.