Rappers Big Daddy Kane and KRS-One are the next up to compete on the popular battle series, Verzuz.

The series, created by Swizz Beatz and Timbaland early in the coronavirus pandemic, has become a new staple in the hip-hop community.

The next battle will feature two rap giants from hip-hop’s golden era on Sunday, October 17, 2021, at Brooklyn’s Barclays Center.

The battle was promoted on the official Verzuz Instagram page, which encouraged fans to guess who was participating with a shadowy photo of both rappers.

According to a report from AllHipHop.com, the hip-hop site asked Big Daddy Kane who he wanted to battle if chosen for the series, and he named KRS-One.

The two legendary rappers were in rival rap crews in the ’80s. Big Daddy Kane was a member of the Juice Crew, which also featured Marley Marl, Roxanne Shante, the late Biz Markie, and others, while KRS-One repped Boogie Down Productions.

Juice Crew pioneer, MC Shan released the now-legendary single, “The Bridge,” dedicated to Queensbridge, crediting the borough with the rise of hip-hop culture in 1987.

KRS-One, a Bronx native, replied with “The Bridge is Over,” which launched a long-standing rivalry among the crews. 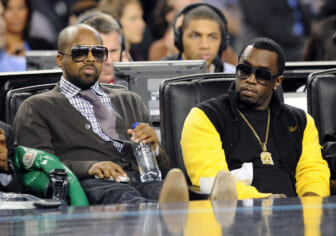 The October 17th battle is sponsored by the new USA Network series, Chucky, just one indication of how the series has officially entered the mainstream.