Erika Alexander is best known for her TV and film roles like Pam Tucker on The Cosby Show and the beloved Maxine Shaw on Living Single, but she’s a woman of many talents.

The writer, producer and activist is also a sci-fi buff at the helm of the groundbreaking Concrete Park comic book series. She and her former husband, Tony Puryear, created the series after having their TV concept turned away by countless companies in Hollywood and one particularly troubling encounter with an executive.

“He said ‘Black people don’t like science fiction because they don’t see themselves in the future,” Erika told TheGrio’s Entertainment Director, Cortney Wills, on a recent episode of Acting Up.

“We looked at him because it sounded odd. For one thing, we were two Black people pitching something from the future. So he was telling us we didn’t like it and that we didn’t know our audience. But he also was racist on two fronts because he was also saying that we were only talking to a Black audience, right? So he was racist, but he was also ignorant,” she continued. 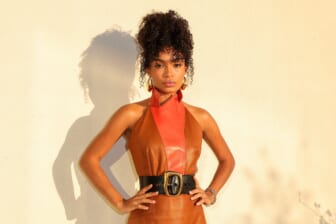 “So Tony said, ‘Oh, forget it, I’ll draw it.’ And he drew a few panels and sent these few panels to Mike Richardson of Dark Horse. Mike Richardson is known for being a creator’s supporter and that’s how he built his whole business model to compete with DC and Marvel. And he’s got ‘Sin City’,’300’, ‘Hellboy,’ all of that … Suddenly we were in the comic books business so we could prove a proof of concept so we could go back to Hollywood and say, ‘See, it works!’” Alexander shared.

“By the end of the year, we published our first comic, which was in 2013, and we became a best American comic out of the gate. And then later on, Forbes said, we were one of the best graphic novels in America … we were trying to find a way around this big mountain and ended up going to a whole other industry.”

But then suddenly because of the internet, Alexander explained, more opportunities for diversity in the space took form — something that isn’t easy to come by in Hollywood.

“You hear a lot of people paying lip service to diversity, hiring and development, but to actually address it in Hollywood, you have to reckon with the ongoing systemic bias,” Alexander explained.

“The executives who anticipated this huge audience change that was coming, whether they liked it or not, the global collaborations, all these things. They’re thrilled because they were on it. It’s multiracial. It’s not homogenous. It’s a grassroots movement. All of that. And they were demanding change and we were already in that flow. So why do we do this? We did this because there was no room at the end for our baby Jesus.”

According to Erika Alexander, the sci-fi genre is the perfect place to tell our stories and tackle tough issues we are still facing today.

“When we first started to do Concrete Park, we were stuck in a space where everybody had to be hip hopped out and you couldn’t even re-imagine what that type of individual could be. It was stuck in a misogynistic world, stuck in a homophobic world. All these sort of things sort of applied to that world. I thought, these people are so much more. My generation is so much more,” she said.

“I grew up with people who are on their shows now, RZA and Latifah, and they weren’t RZA and Latifah. He was Bobby and she was Dana. And, you know, we were all coming up and finding ourselves and yet every time you went out, somebody had the stereotypical vision of what our futures looked like, which were, you know, again riddled with all the crime and the melodrama and all the things that go with being Black or of color and that was too limiting,” she continued.

Concrete Park tells the story of young human exiles on a desert planet who live, love, fight and die in a lawless town called Scare City, and now, fans can purchase NFTs from the new Bangers Collection, out now on Curio. The digital collectibles are already making history as the first officially generative art project NFTs to date and they offer a whole new world of engagement. 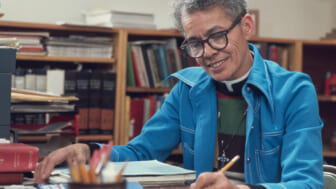 Also Read:
Talleah Bridges-McMahon and Julie Cohen discuss ‘My Name Is Pauli Murray’ on Acting Up

Curio’s COO, Rikin Mantri, joined the conversation and explained everything you need to know about NFTs on Acting Up and Erika Alexander agrees they’re an exciting new frontier.

“You can invest and trade in them and it is cool to be part of community, but each one of them has value,” she said. “You get a piece of the original and you get a dialog and a conversation with the community and the creators. As long as you hold that piece of art and that’s what the digital engagement is about, it’s a transformation. It’s a pixelated experience where you can own your world in your pocket. The whole place could fall apart. You could be in Texas and everything be flooded out, but you still have those. So I think that that’s a powerful place to be.”

The latest collection of Concrete Park’s Bangers Collection are available now on Curio.

For more of our conversation with Erika Alexander and Rikin Mantri, check out the full episode of Acting Up.