Pauli Murray may not be a household name yet, but the author, attorney, priest, and activist made an impact on all of our lives and may finally get the respect and recognition they deserve thanks to a new documentary.

Directors Julie Cohen and Betsey West, the duo behind 2018’s RBG, are also behind My Name Is Pauli Murray, which highlights a true American hero. 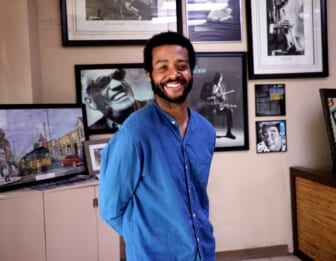 A pioneering attorney, activist, priest, and dedicated memoirist, Murray shaped landmark litigation and consciousness around race and gender equity as an African-American youth raised in the segregated South, who was also wrestling with broader notions of gender identity, poorly understood intrinsically what it was to exist beyond previously accepted categories and cultural norms.

Both Pauli’s personal path and tireless advocacy foreshadowed some of the most politically consequential issues of our time, told largely in Pauli’s own words. My Name is Pauli Murray is a candid recounting of that unique and extraordinary journey.

On this week’s episode of Acting Up, Cortney Wills was joined by the film’s co-director, Cohen, and producer, Talleah Bridges-McMahon, to discuss how they approached such a prolific life.

“There’s so much more to know than what’s in the film,” said Cohen. “There is actually something quite overwhelming about Pauli’s life and everything this person experienced and had to fight against and overcome, and then also everything that this person achieved and all of the really fascinating, intellectual insights. We could have all just curled up in our beds and not been able to move forward with making this film.”

The 90-minute doc only scratches the surface of Murray’s story. The women behind it hope the film leaves the public with an appetite for more.

Aside from the daunting task of telling a story of this magnitude, the fact that the film is helmed by two white women could bring issues of ‘perspective’ into question. Cohen was keenly aware of that going in.

“My experience is sort of padded by so much privilege and such a different life experience than Murray’s, that the main thing, the sort of starting base of like how we tell this story was to listen to Pauli’s words,” she said.

Fortunately, Murray provided a roadmap from beyond with a personal collection of work archived at the Schlesinger Library at Harvard.

“We’re fortunate that Pauli actually wrote a number of amazing books, both memoirs, a family history and incredible poetry. But maybe even more than that, that in Pauli’s unbelievably rich archives, were about 40 hours of audiotape of Pauli speaking in this just unbelievably penetrating voice,” Cohen explained.

“I don’t think we would have gone forward with this project without that. There just wouldn’t have been a way to do it. When we listen to those tapes, you could just feel how much Pauli is speaking to be heard and wants to be heard by those with a multitude of experiences. It feels like you’re listening to a voice who’s trying to tell you something across the years, in my case, across racial lines, and  perhaps, across gender or class or life experience lines,” she continued.

Those lines may be part of the reason why Murray hasn’t received the recognition one would expect.

“We kind of feel like you always have to start with racism, sexism, a natural fear and antipathy towards people who present in a gender-nonconforming way. On top of that is the fact that Pauli was so far ahead of the times, so far ahead of the curve, so many times. I mean, you know, we talk about an idea whose time has come, but that also implies that there are ideas that maybe society isn’t ready for quite yet,” Cohen continued. “Time after time, Pauli was having ideas that America wasn’t ready to hear. And as a result, they don’t get absorbed and spread around the culture as much as they should.”

Murray coined the term ‘Jane Crow’ to describe the unique experience of intersectionality before it was a widely-held concept and wrote about the burden of being both Black and female in America, although female might not be the correct way to describe Murray in present-day terminology.

“It’s hard to know what pronoun Pauli would have chosen had Pauli lived in our current era,” said Cohen, who tried to refer to her subject as ‘Pauli’ in place of a pronoun. “That’s a name that we know that Pauli very much self-selected…quite early in life, Pauli chose that name and felt really comfortable with it all along, so we feel pretty good about that.”

Murray’s struggles with gender identity were important to include in the project, and were certainly not something the activist intended to hide from the public.

“It’s important to say that everything we understand about Pauli grappling with gender identity comes from the archives, so Pauli included these records intentionally,” said Bridges-McMahon. 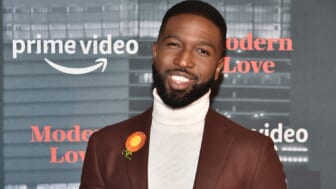 “The archive that we see is curated, so there are some things like the diaries, that have pages that are ripped out. There are names that are blacked out. It’s very clear that what we are seeing is what Pauli wants us to see. think we would be doing Pauli a disservice if we were to, for some reason, ignore or dismiss this aspect of Pauli’s life,” she continued.

“We don’t know what pronouns Pauli would use. Pauli was really limited by the language and understanding that existed in [their] lifetime and we think it’s really important for us not to limit Pauli in that same way now.”

Bridges-McMahon also spoke about the responsibility she had as a Black woman producing this project along with two white directors and what it took to get it right. You can check out the full conversation on the latest episode of theGrio’s podcast, Acting Up.

My Name Is Pauli Murray is currently in theaters and will be available on Amazon Prime Video on Oct. 1. Watch the trailer below: