Keyshawn Johnson says Gruden has ‘always been a fraud’ after resignation

Retired NFL wide receiver Keyshawn Johnson has commented on the resignation of former Las Vegas Raiders head coach Jon Gruden, who recently left the team after emails in which he used racially insensitive language were leaked.

As previously reported, Gruden, in a 2011 email, made racist comments about DeMaurice Smith, who was the head of the NFL Players Association at the time.

The Wall Street Journal obtained and reported on the email from Gruden, in which he referred to Smith’s facial features using a racist trope, writing: “Dum­b­oriss Smith has lips the size of michellin tires.” The messages were sent during the 2011 NFL lockout, in which Smith was one of the negotiators.

“I didn’t know that Jon would say things like that and put them in an email,” said Johnson, per CBS Sports. “He’s just always been a fraud to me. … From day one, he’s been a used car salesman. And people bought it because he inherited a championship team built by Tony Dungy and Rich McKay, and he came in there with a little bit of different energy than we had with Tony, and it kind of kicked us over the top to get our world championship — which I am grateful for. But at the same time, I also saw through who he was through that journey of getting a championship.”

Gruden replaced Dungy, one of the few Black coaches to lead a team in the National Football League, where 70% of the players are Black. 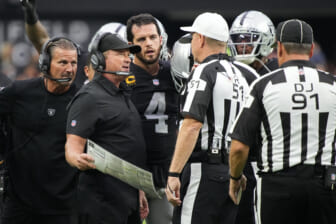 Also Read:
Fritz Pollard Alliance responds to Gruden comments: ‘When will it end?’

Dungy offered his opinion about Gruden’s comments on NBC’s NFL coverage Sunday night, where he sat down with veteran sports analyst, Mike Tirico.

“I’m not gonna chalk everything up to racism,” Dungy said. “I think we accept his apology, move forward, and move on just like he did with this team.”

He was subsequently dragged online for the comments, with one social media user maintaining, “Every time a white person associated with the NFL says something racist, they March Tony Dungy out there to tell Black people why we should get over it and move on.” 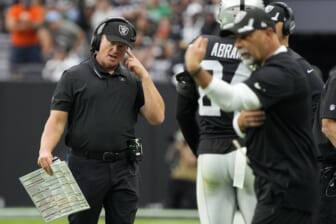 On Twitter, Dungy later attempted to clarify his remarks, writing: “On @SNFonNBC I commented on an email sent by Jon Gruden. I did not defend it. I said ‘inappropriate, immature, attack on a man’s character. Wrong!’ I did not attribute it all to racism and said given a single incident 10 yrs ago we should accept his apology and move on.”

“Now more emails have come. More inappropriate, immature, wrongful attacks on the character of people from all walks of life. I don’t defend those either,” Dungy added, “and given the apparent pattern of behavior, the Raiders did the appropriate thing in terminating Jon Gruden.” 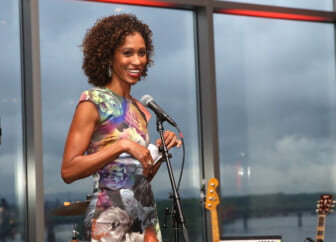 Also Read:
Sage Steele has much bigger issues than her self-hating words

“That being said, if Jon Gruden shows TRUE remorse — and more importantly changes his mindset and actions — I would forgive him. As Christians, that’s what the Bible commands us to do because that’s what God does for us. I know that’s not popular but it’s biblical.”

In his tweets, Dungy also interacted with users who disagreed with his stance, mostly responses of a biblical nature. In one, he wrote, “I happen to believe that people’s character can change when they come to Christ. I’ve seen it happen!”