Tenn. man arrested for setting girlfriend on fire after she tried to break up

The victim said Kenneth Upshaw splashed her with gasoline and tossed a lit cigarette at her.

A Tennessee man didn’t take it too well when his girlfriend attempted to break up with him, so he set her on fire.

Kenneth Upshaw was arrested after his girlfriend sustained second-degree burns on her face, neck, chest and arms during a domestic dispute, Memphis Police Department Sergeant Louis C. Brownlee told PEOPLE. The woman’s identity has not been revealed to the public. 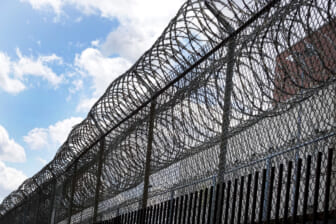 According to Brownlee, the woman told police that Upshaw snapped when she broke up with him. He responded by claiming he “could not be without her” and if he could not be with her, “then no one would.”

“The next thing she knew she was on fire. It happened so fast she did not know how it happened,” said Brownlee.

The woman was visiting a friend at the time of the attack, which occurred in the driveway of the home. The victim said Upshaw splashed her with gasoline and tossed a lit cigarette at her, setting her on fire, according to an affidavit obtained by ABC 24. The woman and the homeowner were reportedly able to put the fire out.

“It was pretty bad. I mean, it burned the whole back end and part of the back driver’s side and started to get where the gas tank is, and I thought it was going to explode,” the homeowner, who declined to be identified, told WREG.

The victim didn’t immediately seek medical treatment. After the attack, she reportedly went to her mother’s house and told her family that Upshaw “poured gas” on her and lit her on fire before they took her to the hospital. Upshaw was arrested Thursday and booked into Shelby County Jail. He was charged with attempted second-degree murder and domestic assault/bodily harm, according to records from the Shelby County Sheriff’s Office.

The victim has reportedly been upgraded to stable condition at Regional One Hospital in Memphis. Relatives said she has a long road to recovery. 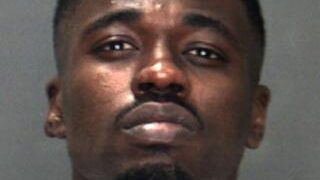 The couple share a child and reportedly have a long history of domestic violence. In 2019, the woman underwent an emergency C-section after Upshaw allegedly punched her in the stomach one month before the baby was due.

One of the most difficult parts of facing domestic violence is figuring out if or when the right time is to address what you perceive to be physical or emotional abuse. If you believe you’re a victim, you may have experienced a moment of hesitation or helplessness, unsure of what steps to take or words to say.

Zoë Flowers, author and domestic violence expert, spoke with theGrio about steps anyone can take to help support victims, as well as issues that Black men and women victims in particular face.

“Many women of color are not believed and are still seen as traitors when they speak up about domestic violence or sexual assault at the hands of Black men,” she said. “Additionally, the women themselves often find themselves carrying the tension of wanting to protect partners who choose to use harm against them. Stories of police brutality, the over-incarceration of Black men, coupled with historical and present-day oppression makes many survivors reluctant to turn partners over to a criminal justice system. More often than not, survivors looking for justice and healing often find themselves re-victimized and traumatized when they become involved in the criminal justice systems, family court, etc.”

Flowers also noted that “Black women suffer in silence because they associate asking for help as being weak — another message that many received at a very young age.”

“This internalized message results in Black women staying in abusive relationships longer because they believe “they can handle it” even as the abuse escalates-which it usually does over time,” she continued. “Believing you are a strong woman is aspirational but over-identifying with superhuman strength is dangerous and is literally killing us. In my opinion, nothing is more beautiful than vulnerability and the ability to ask for help when it is needed.”