The series has become the biggest-ever Netflix show.

In mere weeks, Squid Game has officially become the biggest Netflix series of all time and is resonating with Black viewers all over the globe.

Released on Sept. 17, Squid Game has taken the world by storm. The nine-episode Korean thriller, created by Hwang Dong-hyuk, who wrote and directed the 2017 film, The Fortress, follows Seong Gi-hun (Lee Jung-jae) as he and “hundreds of other desperate and deeply indebted contestants compete in a violent and often grotesque competition for about $38 million,” per NBC News. 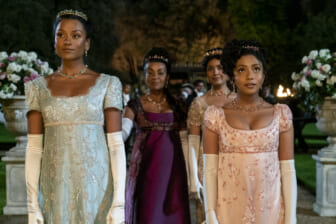 While a considerably dark premise, the show has become a sleeper hit for the streamer. It officially broke Netflix records with more than 111 million viewers in its opening weeks. Bridgerton held that record for much of 2021 with 82 million households steaming that series following launch.

The series offers a high-stakes viewing experience that, while dark, is a welcome form of entertainment for TV fans right now. LeBron James and Anthony Davis were a part of a viral moment gushing about Squid Game earlier this week. During a press conference, the NBA players briefly connected on Squid Game and what their thoughts were on the series finale. 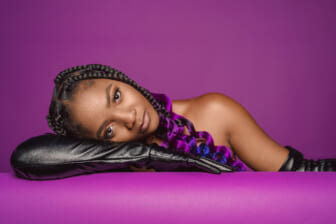 Even artists like Chlöe Bailey have enjoyed the series. The “Have Mercy” singer took to Twitter and gushed over the show, writing, “wow finished squid game today… let’s talk about it,” prompting her fans for dialogue surrounding the addicting show. Rapper Saweetie also chimed in with her opinions on the game. The meme of the rapper saying “let’s go” got the Squid Game treatment, with a fan mashing up a picture of Saweetie with a shot of the “Red Light, Green Light” game featured in the series.

Saweetie wrote in the tweet, “oh hell nah!!! I would never play in squid games.” She then wrote underneath, “I’m ngl that pause made my heart drop.”

Skai Jackson of Disney Channel also watched the series and took to Twitter to declare her viewing preference, as some fans have watched with subtitles while others prefer the dubbed version.

She wrote to her followers, “I’m watching Squid Games in Korean with English subtitles because the English version sounds so weird to me.”

Show creator Hwang Dong-hyuk sat down with The Hollywood Reporter and opened up about what has made this show such a global phenomenon. He shared that the themes surrounding a challenging world seem to be what’s gravitating people to the show.

“Well, these days we are, in fact, living in a deeply unfair and economically challenging world,” he said. “Especially after the pandemic. I mean, there is more inequality, more severe competition and more people are being pushed to the edge of their livelihoods…more than anything else, that’s probably why the series was such a big success worldwide.”

Squid Game is available to stream now on Netflix.