A report states that outside investors bought 7,000 single-family homes in a TN county in the past two years

A home-buying competition in Shelby County, Tennessee could mean further displacement of Black locals and a deepening of the Black-white wealth gap, financial experts say.

Homes in the county, which is more than 50% African American, have been bought by out-of-town investors who turned them into rental properties at an unprecedented rate.

According to a recent analysis from Shelby County Property Assessor Melvin Burgess‘ office, 7,000 single-family homes were purchased by investment groups in the past two years in a competitive-like fashion. The majority of the homes in the area, which encompasses the city of Memphis, were under $200,000.

The aggressiveness of the investors will make it more difficult for Black residents to purchase reasonable housing and become homeowners, and will impact the already growing disparities in the racial wealth gap of the area.

“One way of moving generational wealth is to buy real estate,” said Financial Advisor Charles Sims, who is the principal and founder of The Sims Financial Group, Inc.

“When you have outside investors come into Memphis and buying the real estate en masse, that causes the local people who want to use these same homes to live in to not to be able to compete,” he added. “The value of these houses go up and the local people cannot buy them.” 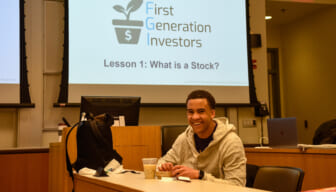 Home buying has long been touted as one of the ways to create generational wealth, particularly for African Americans who have faced centuries of systemic barriers in obtaining long-standing wealth.

Homes can be passed down from generation to generation, securing not only housing for future generations, but also keeping the equity and property value in the family name.

In America, property is one of the largest assets a person can have and home equity is the single largest contributor to household wealth.

The issue in Shelby County has escalated, due to the lack of governmental parameters that would limit outside investors purchasing of homes.

The Shelby County Property Assessors Office found that Cerberus Capital Management, a private equity company based in New York, purchased 1,400 of the 7,000 homes in Shelby County in the last two years. The median appraised value of the homes bought was just over $145,000.

“Memphis needs to come up with a speculation law to keep outside investors who do not live in Memphis and Shelby Community from buying these properties en masse,” said Sims. “It’s going to have to start at the governmental level because the individuals who have no power can do nothing about it.” 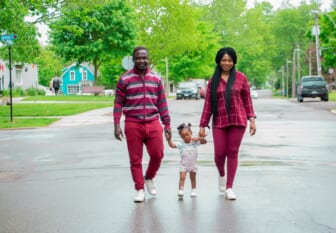 A 2019 report by Lending Tree found that Memphis had the lowest Black homeownership rate among the 50 largest cities in the U.S., despite the city being more than 64% Black.

Shelby County Property Assessor CAO, Jay Bailey said that the housing market in Shelby County is “a dream” for investors.