If the judge agrees with the defense and sentences Mohamed Noor to 41 months, his release could be imminent

Attorneys for the former Minneapolis police officer who fatally shot a woman who called 911 to report a possible rape behind her home are asking a judge to sentence him to 41 months on a manslaughter charge, the lightest penalty recommended under state sentencing guidelines, according to documents filed Thursday.

Mohamed Noor was initially convicted of third-degree murder and manslaughter in the 2017 death of Justine Ruszczyk Damond, a dual U.S.-Australian citizen. He was sentenced to 12 1/2 years on the murder count, but last month, the Supreme Court tossed out Noor’s murder conviction and sentence, saying the third-degree murder statute doesn’t fit the facts of the case.

Noor is still convicted of second-degree manslaughter and will be sentenced on that count Oct. 21. Sentencing guidelines call for a range of anywhere from 41 to 57 months, with the presumptive sentence being four years.

Noor was taken into custody on April 30, 2019, and has already served more than 29 months. In Minnesota, defendants with good behavior typically serve two-thirds of their sentence in prison, and the rest on supervised release. If Noor receives the presumptive four years for manslaughter, he could be eligible for supervised release around the end of this year. 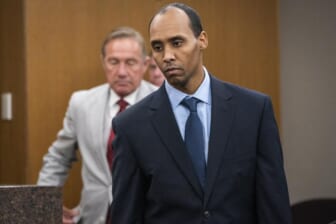 If the judge agrees with the defense and sentences Noor to 41 months, his release could be imminent.

Prosecutors haven’t said what sentence they will seek.

Noor’s attorneys argue that a 41-month-sentence recognizes the “particularly harsh” nature of Noor’s incarceration, as well as the good behavior he has shown in prison.

Attorneys Tom Plunkett and Peter Wold wrote that by the time Noor is sentenced, he will have served 110 days in administrative segregation in Minnesota’s only maximum security prison. While in segregation, he spends 23 hours a day alone in a 6-by-9 foot concrete room and is not allowed visitors, they said.

He is allowed one hour of recreation for three to four days a week, which happens in an empty 13-by-17 foot room that has a telephone and a pullup bar. He is allowed a 10- to 20-minute phone call, and then spends the rest of his recreational time walking in a circle, they wrote.

“He never steps into the light of day,” the attorneys wrote, adding: “Many days he has no human contact beyond the scrape of a food tray making its way into his cell.” 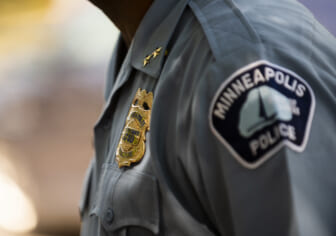 Noor spent the bulk of his incarceration in an out-of-state facility. While there, the COVID-19 pandemic created harsh conditions, his attorneys wrote, saying a lockdown stopped all religious services and has prevented family visits for more than a year.

The attorneys said that while he has been in custody, he has received 19 positive behavior reports. The reports, included in Thursday’s court filings, commend Noor for his willingness to help others, his hard work as a janitor and his positive attitude and interactions with others.

In September of 2020, Noor was recognized with a September 11th Worker Award, in honor of those who died on Sept. 11, 2001. A sergeant who recognized him wrote that he was committed to the job and respectful of others and, “It is my hope that you will continue to inspire others to achieve their goals, far beyond these walls.”

Noor testified in his 2019 trial that a loud bang on his squad car made him fear for his and his partner’s life, so he reached across his partner from the passenger seat and fired through the driver’s window. His attorneys have said he believed he was saving his partner’s life.