Newly released police bodycam footage offers insight into how law enforcement in Minneapolis reacted to protesters in the wake of George Floyd’s death. 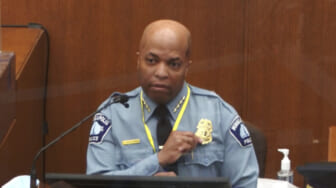 Some of the footage was first published by the nonprofit news organization Minnesota Reformer, The Washington Post reports. Additional clips were made public this week by an attorney for Jaleel Stallings, 29, a Black man who was facing attempted murder and assault charges for shooting at police amid demonstrations in response to Floyd’s death.

Stallings was acquitted on all counts in July after successfully arguing that his actions were in self-defense as he believed civilians fired at him, not police.

Stallings, a military veteran, reportedly saw a civilian van. He heard what sounded like a gunshot, and felt pain in his chest, according to his attorney, per the report. Police claimed he fired at them and ignored commands while fleeing.

The criminal complaint alleged that this prompted one officer “to use physical force” as Stallings resisted arrest. In the newly released surveillance video, Stallings is seen lying down behind his truck after firing his weapon before officers run up and brutally assault him.

Prosecutors saw the surveillance video before deciding to charge Stallings. He was offered a deal to plead guilty to two attempted murder counts and serve more than 12 years in prison. Stallings opted to go to trial instead.

The police bodycam recordings of the civil unrest that unfolded in wake of Floyd’s killing were used as evidence in Stallings’s case, in addition to police reports and transcripts, according to the report.

“When officers say Mr. Stallings was resisting, it’s important to be able to see the source evidence and examine, was Mr. Stallings resisting?” said attorney Eric Rice in an interview Wednesday. “And if he wasn’t, why did officers make that representation? And if it was false, was it investigated?”

“I hope the attention given to this case can help improve our law enforcement and criminal justice system,” Rice said.

The recordings were filmed on May 30, 2020, five days after Floyd was killed by former officer Derek Chauvin. In one clip, a police officer responding to protestors says to another officer: “You guys are out hunting people.” 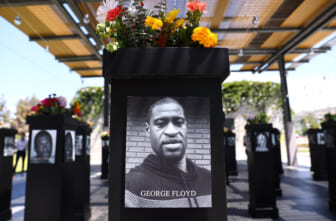 The officer said it was “nice to hear” that police planned to “go find some more people, instead of chasing people around.”

He called it a “nice change of tempo,” and added “F— these people.”

In another video, an officer noted that a group of demonstrators “probably is predominantly white, because there’s not looting and fires.”

In a different recording, an officer shouts “Gotcha,” as he reportedly fires rubber bullets toward peaceful demonstrators.

The recordings emerge as voters in Minneapolis consider a proposed charter amendment that would abolish the police department and replace it with a new “public safety” agency. Per the New York Post, the initiative aims to remedy “state-sanctioned violence” against “Black lives” in the aftermath of Floyd’s death.