A Louisiana state trooper, who gave a series of critical interviews about his colleagues’ involvement in the 2019 killing of Ronald Greene, said that he received a notice that he will be fired.

Carl Cavalier, 33, said that he spent months trying to get more information on Greene’s death, which officials said was the result of a high-speech chase which ended in a car accident.

But when a video of the incident was released two years later in May 2021, it showed troopers tasing, choking and beating Greene before he died in their custody. Cavalier publicly criticized their initial statement and said it was a “cover-up.” 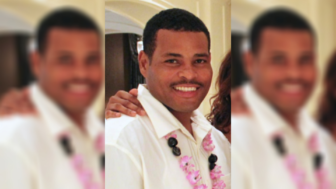 “There are killers and there are people who are okay with the killers being on the job,” the trooper said to a local news station this summer. “And that’s the people who are part of the cover-up.”

Cavalier told CNN that he received a termination letter last week from Louisiana State Police (LSP) officials which said that he will be let go for violating department policies and procedures.

Cavalier, who has been with the force for seven years, filed a lawsuit against the department in September for ignoring his complaints about racial discrimination.

Greene’s death in 2019 was controversial due to glaring discrepancies in the police account.

After midnight on May 10, 2019, state trooper Dakota DeMoss tried to pull over Greene, 49, for an unspecified traffic violation. Instead of stopping, Greene accelerated and a high-speed chase ensued with the officer going over 115 mph.

LSP gave various statements about what happened next.

First, they told Greene’s family that he died after crashing into a tree. Then police said that he became unresponsive on the way to the hospital after struggling with officers. They also refused to release any body cam footage.

A coroner’s report stated that Greene, a barber, had suffered cardiac arrest that was caused by the crash. But it also mentioned he had a fractured breastbone and a rupture to his arteries.

The hospital staff who treated Greene, 49, however, said his body was battered and bruised and that he had two stun-gun marks on his back. “Does not add up,” one doctor wrote.

An autopsy also found that he had severe injuries to his head and face.

The Associated Press released the 46-minute bodycam footage on May 18, 2021, which showed the graphic details of the incident.

Greene, described as “heavyset” was immediately tased by officers before being wrestled to the ground and put in a chokehold. Officers then began punching him in the head and he was dragged face down along the pavement. 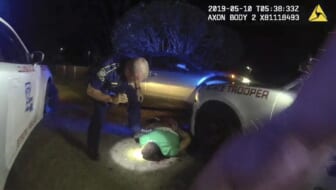 According to the Associated Press, there were at least six officers on the scene.

While Greene laid on the ground in agony, moaning and calling for help for more than nine minutes, the officers were seen wiping their bloody hands and faces with sanitizing wipes. One trooper is heard saying “I hope this guy ain’t got f—- AIDS.”

Greene eventually became unresponsive and was handcuffed to a stretcher once the ambulance arrived. He was pronounced dead on arrival at the hospital.

The video sparked outrage about police brutality and cover-ups by law enforcement.

“We still have murderers, in my eyes, on the job,” said Cavalier, in one of many interviews he has done since the video leaked.

One of the troopers in the Greene arrest, Chris Hollingworth, was heard on the same video footage telling someone that he beat the “ever-living f—” out of Greene. The same day he learned that he would be fired for his role in the traffic stop, Hollingsworth died in a single-car highway crash in 2020.

The FBI launched a civil rights investigation into the LSP in July, which is still ongoing.

Although Cavalier states that he would like to keep his job because he would “love to continue to help people,” he is still pursuing his own case against the department.