Jai Scott has been charged with five counts of attempted murder.

An Alabama teen has been arrested and charged in connection to a shooting during a high school football game in Mobile, Ala. Friday night. 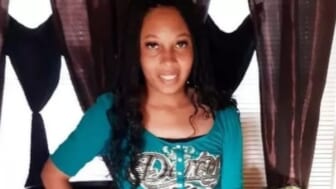 Jai Scott, 19, of Semmes, Ala. was booked into the Mobile County Metro Jail after being charged with five counts of attempted murder, WKRG reported. Four people were shot shortly before 10 p.m. Friday at the Ladd-Peebles Stadium in Mobile, where Williamson High School hosted Vigor High School of Prichard, according to NBC15 News.

One of the victims has been identified as Jakobe Morgan. Morgan’s mother, Gwendolyn Crawford, told reporters that her son was shot five times, including in his chin and back. One bullet hit his spine, and is “affecting the feeling on his left side,” WPMI reported, noting that another bullet passed through a kidney.

Vigor was leading the game 28-12 with about six minutes remaining when the shooting occurred. Video posted online shows spectators spilling onto the field as shots ring out. Watch the Twitter clip below.

The football game was postponed after the shooting and will be completed at a later date, officials said.

Scott’s motive remains unclear. However, police believe an argument between two men led to the incident. Investigators say at least two people fled in a white sedan after the shooting.

One Twitter user responded, saying, “This is so sad. These kids are just trying to play a game, and someone has to ruin it for everyone. Why?”

Another commented, “This is getting crazy. We don’t need more gun control we need tougher sentences for the thugs.”

A third noted, “Another reason why Ladd stadium should be closed down. Most schools have their own stadium.”

Another user expressed frustration that “People were shot and I’m just seeing comments about the GAME and how it was ruined, is something in our society f— up or is it just me?” 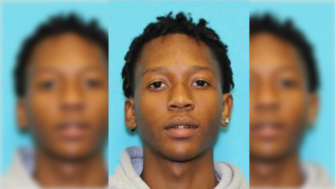 Twitter user Chad Williams added, “This is ridiculous. These kids work so hard every week to prepare for game night, and some idiots ruin it for them. I’d like to take my family to a game sometime too, but that isn’t safe either.”