The bill requires former felons to pay all legal financial obligations before they can vote, Courthouse News Service reported. Voting rights advocates claim the law disenfranchises inmates of color long after their release from prison.

A three-judge panel of the Atlanta-based appeals court unanimously determined that Florida‘s Republican-led legislatures did not have any “discriminatory intent” in passing SB 7066. The claims of discrimination brought by Rosemary McCoy and Sheila Singleton failed to demonstrate that the bill discriminates against low-income women of color, the court said. 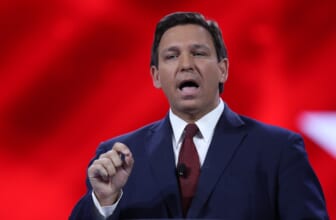 U.S. District Judge Robert Hinkle found that Florida’s pay-to-vote felon law does not discriminate based on gender. In an 11-page ruling issued Monday, U.S. Circuit Judge Jill Pryor, a Barack Obama appointee, agreed with Hinkle and noted that the plaintiffs failed to prove discriminatory intent in the law.

The appeals court also rejected the women’s challenge that their 19th Amendment rights were violated.

“It is true the Supreme Court has never held that the Nineteenth Amendment contains an intentional discrimination requirement. But given what the court has said about the two amendments, we as an inferior court are not at liberty to craft a different rule for the Nineteenth than the one the court has applied to the Fifteenth.”

Southern Poverty Law Center attorney Nancy Abudu, who represents the plaintiffs, noted that Black women “are statistically unlikely to be able to satisfy their financial obligations under the law due to higher rates of unemployment and lower wages.”

“Florida law applies equally to all eligible former felons, regardless of race, sex, or any other immutable characteristic,” press secretary Christina Pushaw said in a statement. “SB 7066 was not drafted or implemented with any intent to discriminate. Today’s ruling affirms that.”

Earlier this year, DeSantis moved to do away with the minimum five-year wait before felons become eligible to have their civil rights restored, including the right to vote, theGRIO reported. 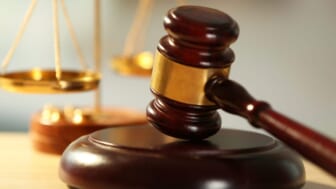 In March, DeSantis and the Florida Cabinet approved the changes to the state’s clemency process. The move wiped out the five- and seven-year waiting periods, allowing felons who served their sentences and paid their court-ordered debts to automatically get their civil rights restored, The Hill reported. The changes restore the rights to hold office, serve on a jury and get a license for certain jobs.

This “automatic process” is “going to streamline everything,” Attorney General Ashley Moody said at the time.

The sweeping changes reverse the waiting periods imposed by four Republicans when they took office in 2011. At the time, the clemency board was made up of former Gov. Rick Scott, former Attorney General Pam Bondi, former Chief Financial Officer Jeff Atwater, and former Agriculture Commissioner Adam Putnam.

The new clemency plan does not apply to individuals convicted of murder or sex offenses.