A majority of those deaths occurred in just two wards: Wards 7 and 8

According to health data related to the rise in COVID cases due to the Delta variant, 50 people in D.C. have died of the coronavirus since June, and 49 of them were Black.

An analysis of DC Health data by DCCovid.com has revealed that “sixty percent of those deaths occurred in just two wards: Wards 7 and 8,” dcist.com reports. Over the past year, COVID-19 has disproportionately affected Black people in the United States, theGrio reported. NPR notes that Black people in the nation’s capital have been hit the hardest since the onset of the pandemic. 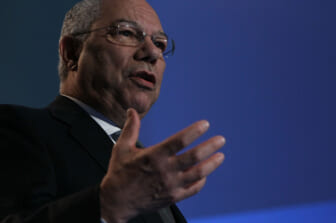 Also Read:
The danger of using Colin Powell’s COVID-related death as reason to be anti-vaccine

Black residents in D.C. make up just over 40% of the population. Per the report, since the beginning of June, Ward 8 has accounted for 38% of the total COVID deaths, while Ward 7 accounts for 22%.

theGRIO reported that in 49 out of 50 states, Blacks and Latinos have the lowest rates of vaccinations, according to Bloomberg. It is only in Oregon that Black Americans have a higher percentage of vaccinated people than whites, Asians, and Hispanics as of September. Officials in D.C. have reportedly struggled to increase vaccination rates among Black residents.

“The numbers are low east of the river with the COVID-19 vaccinations because people are uncertain and afraid,” D.C. resident Elvera Patrick told DCist/WAMU earlier this year. “It’s been so many stories and myths about the vaccination that many don’t know what’s the truth.”

A study in Michigan was conducted by the Journal of Post-Acute and Long Term Care Medicine, using 2,217 COVID patients during a 60 day period of March 16, 2020 to July 1, 2020. The results show that Black patients who tested positive had the lowest rate of physician follow-ups after their initial discharges. 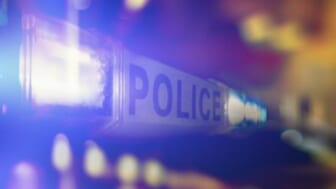 In 2020, Blacks and Latinos died of COVID “at least two times higher” rate than whites, according to a report by the National Cancer Institute for Annuals of Internal Medicine.

When it comes to the push to get vaccinated, out of the 61% of Americans who have at least received one dose of the vaccine, only 17% are Black Americans, according to a report from the Centers for Disease Control and Prevention (CDC).

Meanwhile, the U.S. death toll from COVID-19 eclipsed 700,000 earlier this month — a number greater than the population of Boston. The last 100,000 deaths occurred during a time when vaccines — which overwhelmingly prevent deaths, hospitalizations, and serious illness — were available to any American over the age of 12.

The milestone is deeply frustrating to doctors, public health officials, and the American public, who watched a pandemic that had been easing earlier in the summer take a dark turn. Tens of millions of Americans have refused to get vaccinated, allowing the highly contagious delta variant to tear through the country and send the death toll from 600,000 to 700,000 in 3 1/2 months.