The last name alone could be enough to chart a path for someone who wanted to present her gift of dance to the world. Riley wanted to make her own way, however, and not rely on the family last name to make her mark.

“I moved out to Los Angeles when I was 19 and I really, honestly struggled when I first got there. My dad did not give me the keys to the industry and I had to build my own way,” she tells theGrio.

In the course of mapping out her own path, Riley made a connection that led her to famed dancer/choreographer Laurieann Gibson.

“She was the definition of what I wanted to be in dance,” Riley says. That relationship helped to boost her dance career and led to an opportunity to dance with Lady Gaga and from there the jobs kept coming. Her dance journey would lead her to perform with some of the best, including Beyoncé and Nicki Minaj.

After more than a decade in the industry, Riley started to think about career longevity and balancing a life outside of the hustle and bustle of a dancer on the road. She is now focusing her attention on fitness. “Making the shift to fitness presented its own challenges, but what I will say is the physical elements are very similar,” Riley says.

Her fitness work has gotten a global boost with the help of a new campaign for fitness brand Lululemon appropriately titled ‘Feel.’ This campaign seeks to introduce Lululemon to new audiences and focuses its messaging around wellness, rather than just physical exercise. Getting the call that she would be one of the global brand ambassadors is still sinking in for Riley.

“When the company approached me about being a brand ambassador, I thought it was a no brainer because I feel that the company’s values align with those core values I hold true to myself. A partnership with them was just right for the next move in my career,” she says. 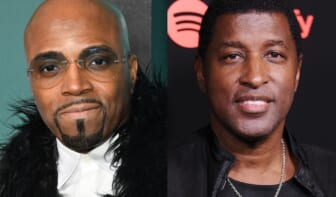 The campaign launched in August and features billboards with Riley and faces of other ambassadors plastered in cities across the globe. Lululemon, traditionally known as a yoga brand that in the past catered to an audience of white women, is hoping to shape the way it provides fitness and wellness to a broader audience by bringing on a number of ambassadors of color.

“Feeling is everything — it sits at the intersection of your physical, mental and social wellbeing, and it’s at the heart of all we do and create at Lululemon,” Nikki Neuburger, chief brand officer, said in a statement. “Supporting our guests’ desire to feel their best in any moment, through the products we create and community connections we help build, is a shift that we believe consumers and the category will benefit from.”

Riley is hoping that, as a Black woman, she will be able to add some depth to how people who look like her experience fitness—that overall wellness is attainable.

“When I got that call from Lululemon, it wasn’t just a call for me. It was a call for Black, powerful, athletic females [women] to shine bright and that’s what the billboards mean to me,” Riley says. 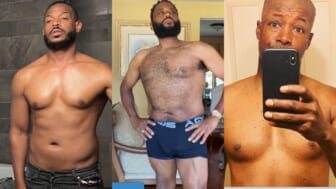 Building a fitness empire that is all-encompassing and motivating to people is what she is hoping to achieve. Riley is a mover by trade and it is equally as important to her to show people that taking care of yourself — mind, body, and soul — be done on your own pace and in your own time.

“There’s no one size fits all approach to fitness,” she says.

If history is on her side, think back to her famous last name — Riley. Her father created a sound that was unique to the world of music and found his own lane. In many aspects, the younger Riley is doing the same. She is a self-proclaimed “daddy’s girl” and like her father and the scores of people who admire him, she too hopes that she leaves her own mark on the world of fitness.

“Like my dad, I want to carve out a legacy where people can look back and say that she made an impact,” Riley says.

Kelsey Minor is a two-time Emmy-winning freelance journalist based in New York City. You can see his work on Twitter @theKELSEYminor.