"HBCUGo.TV positions us to speak to the heart and soul of Black America 24/7," read a statement from Allen, who owns theGrio.

Media mogul Byron Allen, owner of theGrio, has added to his empire by acquiring HBCUGo.TV which is a streaming site for historically Black colleges and universities.

Allen announced on Tuesday that his Allen Media Group made the purchase of HBCUGo.TV from Symonds-Evans Media LLC. HBCUGo.TV has a reach of 105 historically Black colleges and universities. Allen Media Group will have access to the massive library of 5,000 hours of content highlighting HBCU students, alumni, and the culture.

The founder, chairman, and CEO of Allen Media Group shared in a statement the impact of this acquisition. 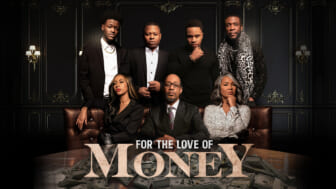 “HBCUGo.TV positions us to speak to the heart and soul of Black America 24/7, and helps us stay strongly connected with one of the most valuable, untapped audiences in the world.”

This is just the latest boon for HBCUGo.TV which made a deal with Central Intercollegiate Athletic Association. It will air 44 games during the current football season in addition to men’s and women’s basketball games.

Curtis Symonds, Clint Evans, and Candace Walker started the HBCU Network in 2010 with the participating schools having a 20% interest in the networks. The cable executives wanted it to feature sports and lifestyle content.

Symonds created an app to serve as a companion to HBCU TV in 2019 and pitched it to Comcast in a bid to target minority audiences. However, Comcast passed on adding HBCU TV to its lineup.

Symonds welcomed the Allen Media Group to enhance the visibility of HBCUGo.TV.

“We are thrilled to be a part of Byron Allen’s Allen Media Group and his vision to make HBCUGo.TV the ultimate destination celebrating the excellence of HBCUs and their alumni,” HBCUGo.TV CEO Symonds said.

“Our pioneer platform offers a global audience all aspects of the HBCU culture and positions the millions of brilliant young minds and alumni throughout the HBCU universe to help change the world for the greater good.”

The financial arrangements of the deal were not disclosed but Allen Media Group the current management of HBCUGo.TV would continue to oversee the platform. The ties between the HBCU’s and sports conference commissioners would also continue.

Allen Media said the current HBCUGo.TV management teams will continue to manage the HBCUGo.TV platform. The group has strong ties to the schools and sports conference commissioners that the service will want to continue.

The purchase of HBCUGo.TV further adds to Allen’s array of entities which includes The Weather Channel, theGrio,  Comedy.tv, and 24 local stations he now owns in various markets. Allen’s business acumen was recognized last week when he received a star on the Hollywood Walk of Fame at the intersection of Hollywood and Vine, theGrio previously reported.

“I want to thank you for taking the time to listen to this because I want you to know this one simple thing: I don’t care who you are, I don’t care where you are, if you are alive and are listening to this, you can achieve your goals. You can live your dreams,” he said at the ceremony.