Star-studded crime drama For the Love of Money has been acquired by Byron Allen’s Entertainment Studios Motion Pictures.

Produced by Melvin Childs, the film centers around single mother Gigi Davis (Keri Hilson), who leaves behind a billion-dollar crime family after becoming pregnant. Later, when her daughter’s life is threatened by shadowy figures, Gigi is forced to return to the life she tried to leave for good.

Co-starring with Hilson are Emmy-winning comedian/actor Katt Williams and LisaRaye McCoy. Rounding out the cast are Jason Mitchell and Rotimi and Jazzy Jade, who plays Gigi’s daughter Ashley. 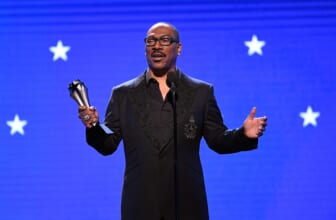 For the Love of Money is the latest production from Childs, who has been at the helm of numerous theatrical productions, including 2017’s Love Jones: The Musical, a stage version of the 1995 motion picture.

For the Love of Money is directed by Leslie Small, a veteran director of numerous stand-up specials from Williams, Mike Epps, Gary Owen, Bill Bellamy, and Steve Harvey. Small has directed Kevin Hart’s five most recent stand-up specials, from 2011’s Laugh At My Pain to 2020’s Zero F–ks Given on Netflix. 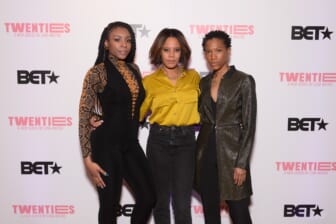 Entertainment Studios, the parent company of theGrio, will be distributing the film through its Freestyle Releasing, in association with Global View Entertainment. Entertainment Studios has distributed films such as Hostiles, Arctic Dogs, and 47 Meters Down, which was the highest-grossing independent film of 2017 with $44.3 million.

“We are very excited to be partnering with Global View Entertainment and Melvin Childs to bring For the Love of Money exclusively to theaters nationwide this Thanksgiving,” said Michael Simon, EVP/General Sales Manager at Entertainment Studios. “Leslie Small’s gritty, urban drama is a tale of female empowerment and the choices and sacrifices she makes for her daughter and herself.”

The film is scheduled for a November release.