Robinson-Peete says it's up to Warner Brothers to greenlight a reboot of the popular ABC sitcom.

With the recent trend of TV show reboots happening, actress Holly Robinson-Peete is hopeful that her show, Hangin’ with Mr. Cooper, is one of them. She recently said that two of the show’s main stars are down with it, too.

Robinson-Peete recently told Hollywood Life during a TVTalk episode on Instagram Live that actress Raven Symoné and actor Mark Curry, who played the titular character of Mr. Cooper in the popular ABC sitcom, would like for a reboot of the show to happen. “He wants to do it,” Robinson-Peete said. “Raven Symoné said she would do it, so we’re just waiting on Warner Brothers to give us a green light.” 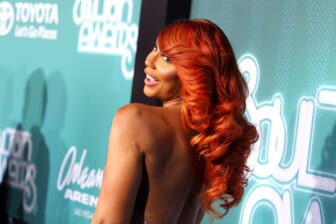 The actress said that she and Curry maintained a friendship that has extended to this day and frequently spends time with the comic. “I hangout with Mark Curry all of the time in real life. I still hang with Mr. Cooper very often and we are buddies ’til we die. I love it.”

Hangin’ with Mr. Cooper followed the life of Mark Cooper, a former professional basketball player turned P.E. teacher and high school coach. The sitcom ran on ABC from 1992 to 1997, airing during the TGIF Friday night primetime line-up for all but the first season. Along with Curry, Robinson-Peete played Vanessa, Cooper’s high maintenance but loyal roommate and eventual love interest. Symoné came on board to the main cast in season two as Cooper’s precocious young cousin Nicole Lee.

Symoné recently spoke about how her experience on Hangin’ with Mr. Cooper was stressful during her TV One profile, Uncensored. She disclosed that her weight was beginning to be discussed at only age seven.

“At a younger age, when the conversation of weight started to come into my head, I heard it, didn’t understand it, did what I was told, but then behind the scenes ate,” Symoné said. “Because, looking back, that was the only thing that I could control. It kind of got out of control because as I got older I could hide it. It just happened, but I look back and I’m like, I wasn’t even fat.” 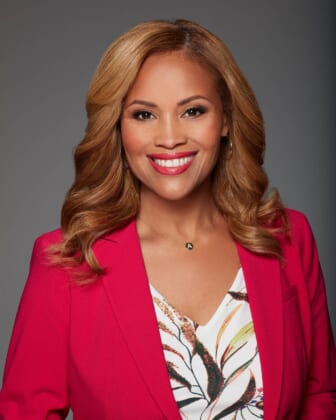 While Symoné would enjoy a successful career in television to this day, Curry has been out of the spotlight since Hangin’ with Mr. Cooper ended in 1997. He stated that it was his choice to leave television behind to devote his life to his first love, stand-up comedy. “I did Mr. Cooper. That’s something I wanted to do; I wanted to do television,” Curry told Comedy Hype. “I made a mark. I think I made a good mark, and I was done. I did enough. I wanted to be a comedian, and I just really like the lifestyle of being a comedian.”

Should Hangin’ with Mr. Cooper get the reboot treatment, it would join other ABC sitcoms that have been resurrected. Roseanne was rebooted in 2018 with much of its original cast, but has been renamed The Conners after Roseanne Barr was ousted for racially insensitive remarks, according to TVLine. The show was a success without Barr and is currently in its fourth season.

Last month, ABC launched a reboot of The Wonder Years with an all-Black cast, according to the network’s official site. Remaining a 1960’s era coming-of-age premise, it stars Elisha Williams, Dulé Hill, and is narrated by Don Cheadle.