Davis recently served as the EVP of creative development and strategy

In an exciting promotion, Ayo Davis has been named president of Disney Branded Television after recently serving as executive vice president of creative development and strategy.

Davis has officially been promoted to president by Peter Rice, chairman of Disney General Entertainment, per a report by Variety. The report reads that Davis will, “take on the creative and operational leadership of the content group, which helps fuel the Disney Plus streaming platform and Disney Channel, Disney XD and Disney Junior linear networks with content geared toward kids, tweens, teens and families.”

Davis is set to “work closely” with Gary Marsh as he exits the position, with Davis reporting to Rice. 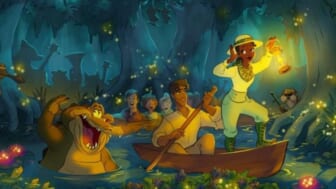 Also Read:
Disney reveals details about new ‘The Princess and The Frog’ ride

Rice shared an official statement expressing excitement for Davis’ promotion and the creativity she’ll bring to the role. “Ayo is a focused leader with impeccable creative instincts who’s excelled in every role she’s held at Disney. Her creative eye for talent has made meaningful impact in front of and behind the camera, from iconic shows across our networks that were defined by their casting choices to building a roster of creator talent that will redefine family programming at Disney Branded Television,” said Rice.

“She’s the absolute perfect person to lead the team at a time they are broadening their remit to develop more family programming across streaming and cable distribution,” Rice continued. “I’m excited to watch all she will accomplish.”

Davis also shared a statement expressing her gratitude and said she is looking forward to working in the role. “I am beyond grateful to Peter Rice and Gary Marsh for their extraordinary leadership, support and mentorship,” she shared. “It’s a tremendous honor to continue Gary’s legacy of delighting kids and families through Disney Branded TV’s unparalleled storytelling, and it’s an amazing time for kids and family programming. I’m thrilled to continue working with my team, colleagues, our TV studios and, of course, the creators who trust us with their projects as we work to develop the next generation of beloved stories and franchises.”

Davis is described as having an integral role in some of ABC’s most successful television series, from shows like The Good Doctor, American Crime, How to Get Away With Murder and Black-ish. She also worked closely with and championed actors careers such as Jesse Williams, Viola Davis and Eva Longoria. 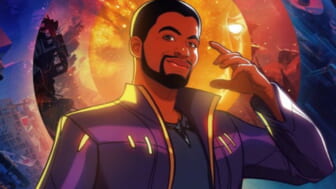 Also Read:
Disney+’s ‘What if T’Challa became a star-lord?’ is a repudiation of mediocre white men

In a statement to Variety, Longoria spoke highly of Davis and her track record at Disney. She explained, “I’ve had the pleasure to be a member of the Disney family – both in front of and behind the camera – for most of my career. Throughout the years, it has been one of my greatest joys watching as Ayo has grown with the company and fiercely championed diverse faces and voices, many of whose stories are now beloved in millions of homes worldwide.”

“I am thrilled to watch her thrive in this much-deserved role leading Disney Brand Television and look forward to continuing our partnership in pushing for storytelling to accurately reflect what our world looks like,” she added.

Davis, an alumnus of Dillard University, sits on the HBCU’s Board of Trustees.