Fans can start voting for their favorite movies, musicians, actors, and athletes until Nov. 17.

The nominees for the 2021 People Choice Awards have arrived.

The annual award show that gives the power to the people has unleashed the nominees in its 40 categories, as reported by E News!. The ceremony will be simulcast by NBC and E! on Dec. 7. Among the nominees in categories ranging from film, TV, music, and sports, are legendary actors such as Angela Bassett and Eddie Murphy, game-changing athletes Simone Biles and Bubba Wallace, and music hitmakers like Drake and The Weeknd. 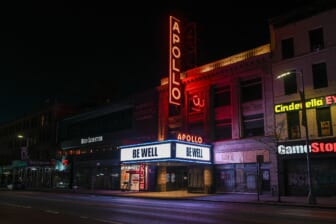 Each category will have eight nominees for consideration.

Among the big categories is Movie of 2021, which features Murphy’s Coming 2 America, the sequel to his beloved 1988 comedy of an African prince looking for his bride in Queens, NY. It’s going up against some action films, such as James Bond film No Time To Die, F9: The Fast Saga, and Marvel’s Black Widow and Shang-Chi and the Legend of the Ten Rings.

Murphy, Dwayne “The Rock” Johnson (Jungle Cruise) and Vin Diesel (F9: The Fast Saga) will battle it out with five others over the Male Movie Star of 2021 award. Meanwhile, both Jennifer Hudson (Respect) and Leslie Jones (Coming 2 America) will be vying for Female Movie Star of 2021 against six other big names, such as Scarlett Johansson (Black Widow) and Charlize Theron (F9: The Fast Saga). 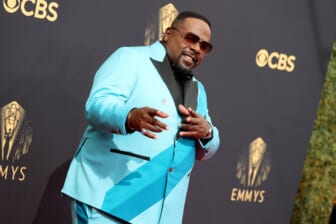 For music, Album of 2021 is up for grabs, as Drake’s Certified Lover Boy, Lil Nas X’s Montero, and The Migos’ Culture III battles it out with five other albums, including Billie Eilish’s Happier Than Ever, Doja Cat’s Planet Her, and Justin Bieber’s Justice. The Collaboration of 2021 is hotly contested, which included Drake’s number one hit with Future and Young Thug, “Way 2 Sexy,” the soulful duo of Bruno Mars and Anderson .Paak’s Soul Sonic on their chart-topper, “Leave The Door Open,” as well as Doja Cat and The Weeknd’s link-up with “You Right.”

The Game Changer category for top athlete is stacked with competition from its eight nominees. Joining Wallace and Biles are tennis superstars Serena Williams and Naomi Osaka, as well as NFL quarterback Patrick Mahomes.

Voting for the categories begins Wednesday and lasts until Nov. 17, according to the official website. Voters are able to vote online or via Twitter. Online voters are permitted to vote with a sliding scale of 25 per day for each category. This means they can split votes between different nominees for each category. Full rules and regulations are listed on the official webpage.