The Oscar-winner will also be screening her directorial debut film, 'Bruised,' at ABFF.

Halle Berry has been selected to be the ambassador of the annual American Black Film Festival (ABFF). The ABFF Ventures, LLC made the announcement that she will be taking part in the virtual festival, which runs from Nov. 3 to 28.

The Oscar-winning actress is making a return to the ABFF after winning their inaugural Rising Star Award in 1997. Leading up to that year, she had appeared in a range of roles from Jungle Fever and Boomerang to Losing Isaiah and The Rich Man’s Wife. 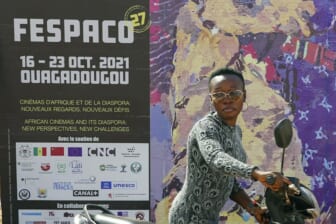 Since her last appearance, she’s gone on to become one of the most popular actresses in Hollywood, winning the Academy Award for Best Actress for Monster’s Ball, and Emmy and Golden Globe for Introducing Dorothy Dandridge, and five NAACP Image Awards; the most recent was for Outstanding Actress in a Motion Picture for Frankie & Alice.

“I couldn’t be more thrilled to have Halle as the ABFF Festival Ambassador for our 25th anniversary year,” said Jeff Friday, CEO of Jeff Friday Media and Founder ABFF Ventures LLC. “When we met her in 1997, she was a talented emerging actor with a bright future. Today, she is an Academy Award-winner, cultural icon and inspiration to women of color across our industry and the world.”

For this year’s ABFF, she will be armed with her directorial debut film, Bruised, in which Berry stars as a mixed martial arts fighter. Berry spoke about her optimism for the growing number of female directors in Hollywood in Variety.

“I definitely feel like there’s a turning point,” Berry said. “I’m more encouraged that as women, we are feeling confident enough to tell our stories. And there is a place for us to tell our stories. For so long, our experiences have been told narratively through the guise of men.”

Bruised was originally premiered at the Toronto Film Festival and will make its national debut on Netflix on Nov. 24.

Aside from screening her first foray into filmmaking, Berry will be partaking in various ambassador-related functions and programs throughout the festival. This includes a one-on-one conversation in ABFF’s popular talk series, where she will discuss her three decades of work in film. Berry, who’s been a long-time supporter of the festival, expressed excitement about what the ABFF means for aspiring Black filmmakers.

“For 25 years this festival has consistently supported emerging Black filmmakers,” Berry said in the release. “I was honored to be recognized by ABFF early in my career and could not be prouder to return to the festival as its ambassador to help ABFF’s ongoing efforts to provide opportunities for emerging Black creators. I’m also thrilled to present my directorial debut BRUISED to the ABFF audience.”

The festival will be available worldwide as it is 100 percent virtual, via the custom-built platform ABFF PLAY. This follows suit from the 2020 festival last August, which also screened its films online during the COVID-19 pandemic, according to its official website. The ABFF’s normal home each year has been in Miami, Florida.