Hart will also serve as executive producer of this dramatic series about a stand-up comedian and his older brother navigating the consequences of a lost evening.

Netflix has released the trailer for its forthcoming limited series, True Story. The series, set to premiere in November, stars Kevin Hart and Wesley Snipes.

True Story features Hart as The Kid, a successful, world-famous stand-up comedian. On a tour stop in his native Philadelphia, he reconnects with his older brother Carlton, played by Snipes. But when something very serious happens after their first night back together, all of The Kid’s success becomes jeopardized.

In the trailer, you see The Kid and Carlton entangled with the trappings of fame and wealth, playing cat and mouse with local detectives, and dealing with ever building amount of tension and pressure. 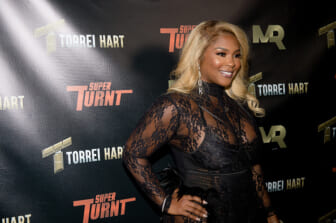 While The Kid mirrors Hart’s real-life – a stand-up comic from Philadelphia – this series looks to be an intense drama. As of late, Hart has been choosing into more roles that cause him to lean into dramatic acting, from 2017’s The Upside to this year’s Fatherhood, also produced by Netflix, this is all part of a plan from Hart, as previously reported by theGrio.

“This was an opportunity for me to step outside of my norm and partake in a genre of this craft that I never imagined that I would get to,” Hart said last month. “Doing The Upside was strategic, doing Fatherhood was strategic, and now doing True Story is strategic. This is about me finding new excitement in my craft, in my talent, and putting it on display.” 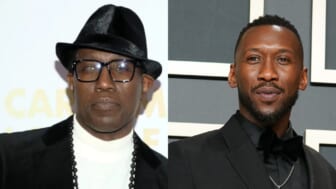 For Snipes, this is the second series he’s filming this year. The actor is will appear in the forthcoming dramatic series, Paper Empire, which also stars Danny Glover and Denise Richards, as reported by Variety.

True Story is executive produced by Hart as well as Eric Newman, showrunner for Netflix’s Narcos and Narcos: Mexico. Stephen Williams and Hanelle Culpepper will split directing duties. Williams, best known for Watchmen and Lost, will direct the first three episodes, while Culpepper, best known for Star Trek: Picard and Kung Fu, will direct the final four episodes of the film, according to Deadline.

The series premieres on Nov. 24.

Watch the trailer for True Story below.