Councilman Faron Hamblin also declared that "I don’t go around walking on eggshells, worried about hurting someone’s feelings. But I never intended for this to be a racist issue.”

Virginia Warsaw councilman Faron Hamblin has apologized for posing in blackface as one of Eddie Murphy’s iconic characters from Coming to America.

Hamblin shared the image over the weekend and it quickly caused outrage, WWBT News reports. The white councilman serves the town of Warsaw in Virginia but moonlights as a musician. He decided to pay homage to Murphy’s character of Randy Watson but darkened his skin to do so. 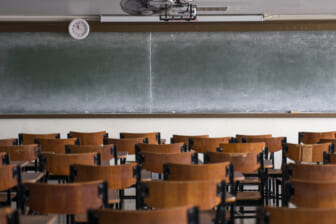 “In honor of my late friend, I went out as the legendary Randy Watson tonight. Give it up for my band Sexual Chocolate,” Hamblin wrote alongside the offending photo, according to WWBT News.

The post quickly drew backlash from users. Hamblin deleted the post and others that were visible on his page. WWBT News was able to take screenshots before he deleted his posts which included an apology.

“Folks I made a post of me dressed like the movie character Randy Watson. For those of you who know the movie, Randy is a [B]lack man. So I dressed the part. Suit, hair and yes my makeup was brown,” Hamblin wrote. “Many saw it degrading, which I did not. I did it to show my love for the character and the movie. But since I’m white it’s considered by some as offensive to dress as a black person.”

Hamblin further wrote that Murphy, who is Black, played the role of a Jewish man in the 1988 classic comedy. He declared that Murphy most likely caused similar outrage with his portrayal but noted that the actor was merely expressing himself.

“In the movie Eddie Murphy portrayed a white Jewish man and it was funny as hell,” Hamblin wrote, according to the screenshot. “I can’t speak for the Jewish community and I’m sure some were offended. But Eddie showed his freedom of expression. He never meant any ill harm to the Jewish community.” 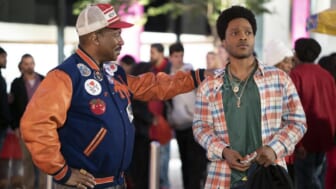 Hamblin also likened himself to comic Dave Chappelle who has been heavily criticized for his Netflix special, The Closer. Chappelle drew rebukes for his jokes about the LGBTQ community. Chappelle has pushed back against those who want to cancel him and stated he is “not bending to anybody’s demands,” theGrio previously reported.

“Like Eddie, or Dave Chappelle, I don’t go around walking on eggshells, worried about hurting someone’s feelings. But I never intended for this to be a racist issue.”

Hamblin added that everyone “should have the freedom of expression,” but that his post “hurt a lot of folks and that was not my intention.”

Hamblin declared that it “cuts pretty deep” to labeled a racist and that it was not the way he lived his life.

“I try to be a good person and help others regardless of who they are,” he wrote. “I’m here to say I love everyone on this planet, we should all feel the same.”

His apology was met with “tons of comments mostly from people asking why he’s apologizing at all,” NBC12 Brent Solomon reported.