"What he did was malicious," said Washington State chapter strategist Sakara Remmu. "This sheriff was trying to get an innocent man killed."

A chapter of Black Lives Matter in Washington State is calling for the resignation of a white county sheriff who lied about a Black news carrier threatening to kill him.

Lead strategist for the Washington BLM Alliance Sakara Remmu said the group will ask that Pierce County Sheriff Ed Troyer be included on the county’s “Brady list” of law enforcement officials, whose “credibility has been questioned because of misconduct, criminal convictions, untruthfulness and similar acts,” according to NBC News.

“What he did was malicious,” said Remmu. “It’s clear: This sheriff was trying to get an innocent man killed. This is basically a case of swatting, where you are intentionally calling the police and lying, saying that your life is under threat so that the police respond ready to use excessive or deadly force,” Remmu added.

As previously reported, Troyer followed 24-year-old carrier, Sedrick Altheimer, in an early morning encounter on Jan. 27, 2021. Troyer followed the man, who was delivering newspapers, in his personal unmarked SUV and did not identify himself as law enforcement. 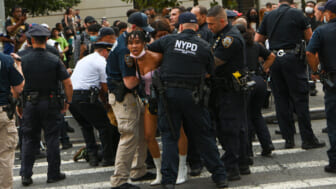 Troyer called 911 that morning shortly after 2 a.m., claiming that Altheimer threatened to kill him, which prompted a response of more than 40 officers from multiple agencies.

This week, Troyer was charged with one count of false reporting and one count of making a false or misleading statement to a public servant, both misdemeanors.

Troyer was investigated by the Washington State District Attorney’s office after Gov. Jay Inslee referred the case for criminal investigation.

In the public charging documents, the DA found that Altheimer works as a carrier six days a week, driving his 1995 Geo Prizm to deliver newspapers. “When delivering to a house, Altheimer sometimes pulls into the driveway to drop the newspaper near the front door or put it in a plastic tube attached to the house near the door or near the street,” they wrote.

Altheimer noticed that he was being followed and approached the vehicle that Troyer was driving and asked why he was following him. “Is it because I’m Black?”

Troyer replied, “My wife is Black,” to which Altheimer responded, “Congratulations.”

Altheimer noted that the man did not identify himself as an officer, but accused him of being a “porch pirate.” 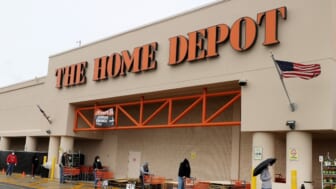 In his calls to 911, Troyer said, “I’m at 27th and Deidra, in Tacoma, North End, about two blocks from my house and I caught someone in my driveway who just threatened to kill me and I blocked him in. And he’s here right now.”

He again said, “And he’s in some sort of gray car and he was in my driveway. In my neighbor’s driveway. And he knows who I am and he threatened to kill me.”

In charging Troyer, the District Attorney found probable cause Troyer knew his statements were false and misleading.

According to the charging documents, the standard sentencing range for both offenses, with no prior criminal history, is up to 364 days in jail and up to a $5,000 fine.

“If Troyer had any ounce of decency … he would resign,” Altheimer’s attorney Vonda Sargent said per NBC News. “He can’t be both the defender of truth and justice while engaging in criminal activity. I don’t expect the police to condemn his actions. I expect them to do exactly what they’re doing, and that’s to hold rank.”