The National Labor Relations Board complaint says the Minneapolis Home Depot worker wore the slogan on his apron.

A complaint issued last week by an office of the National Labor Relations Board alleges that a worker at Home Depot was forced to quit after he wore the slogan “Black Lives Matter” on his work apron.

The complaint, which was filed on Thursday, alleges that the home retail giant engaged in coercive statements and concerted activities, including retaliation, discharge, discipline, as well as coercive rules and coercive actions against the unnamed employee. The incidents occurred at a Minneapolis store, however, the exact time frame has not been disclosed.

Minneapolis was the site of extensive racial unrest in 2020 after the police murder of George Floyd by former Minneapolis Police officer Derek Chauvin. That summer, Home Depot released a statement denouncing Floyd’s death, writing, “We are all confronting deep pain and anguish over the senseless killing of George Floyd, Ahmaud Arbery, and other unarmed Black men and women in our country.”

“We cannot ignore that their deaths are part of a pattern of racism and reflect the harsh reality that as a nation we are much too far from fulfilling the promise of equal justice for all,” it continued. “We must stand with all who are committed to change that will bring us closer to realizing an end to discrimination and hatred.”

The company committed $1 million to the Lawyers Committee for Civil Rights Under Law, which works to secure civil rights and equal justice for all.

According to a statement from the NLRB’s Minneapolis office, the employee wore the “Black Lives Matter” slogan and spoke to other Home Depot employees and managers at the store about racial harassment there — all of which is covered by the National Labor Relations Act. 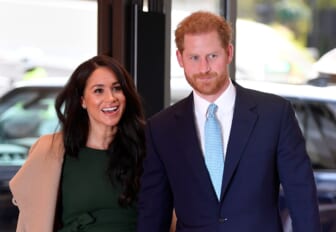 “Issues of racial harassment directly impact the working conditions of employees,” noted Jennifer Hadsall, Region 18 regional director. “The NLRA protects employees’ rights to raise these issues with the goal of improving their working conditions. It is this important right we seek to protect in this case.”

Home Depot has released a statement via email to The New York Times saying that the facts in the case were misrepresented by the labor board. Sara Gorman, a spokeswoman for the company, said, “The Home Depot does not tolerate workplace harassment of any kind and takes all reports of discrimination or harassment seriously, as we did in this case.”

“We disagree with the characterization of this situation,” she added, “and look forward to sharing the facts during the N.L.R.B.’s process.” 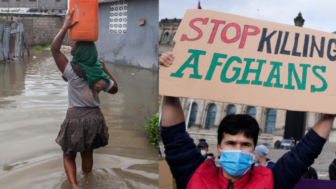 The founders of Home Depot pledged their support to former President Donald Trump’s 2020 re-election. A short-lived boycott of the retailer circulated on social media.

Earlier this year, the company’s co-founder, Ken Langone, said he felt betrayed by Trump after the Jan. 6 Capitol insurrection.