NeNe's husband, Gregg Leakes, passed away last month at age 66 after a battle with colon cancer

Claudia Jordan admits she felt “triggered” when NeNe Leakes appeared to shade her during a recent interview about her late husband Gregg Leakes. 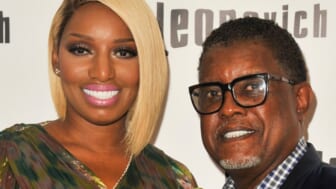 “[Cynthia] didn’t even come to the repast. She did come like a week later after everything was done,” NeNe said, as reported by The Neighborhood Talk.

“She came by my lounge,” she added. “It’s really hard to explain ‘Housewives.’ It’s almost like a dysfunctional family.”

NeNe also noted that she has kept in touch with nemesis Kim Zolciak-Biermann since Gregg’s funeral, but she blasted her fellow ‘Housewives’ for the cheap condolence gift they sent her.

Hear her tell it via the clip below.

“Actually I was surprised because the first set of flowers I got was a bouquet from like all the Housewives, like they went in together,” NeNe shared. “I’m like, ‘Why do y’all need to go in together and buy some damn flowers? If all y’all work … you can spend your own $200.’

“That’s the way I’ve always been,” she added.

Jordan caught wind of her remarks and issued a fiery response on Fox Soul, calling NeNe’s comments “tacky”. She also wants the former reality TV star to know that she is “lucky” any of the women she had feuded with over the years even bothered showing up to Gregg’s celebration of life event.

Watch Jordan’s full comments via the Instagram clip below.

Meanwhile, Bailey previously told Page Six that she missed Gregg’s funeral because she was out of town — but not being there gave her more intimate time with NeNe once they finally got together.

“I decided that once I got back to Atlanta, I really wanted to, you know, just try to see her,” she said. “I wanted to give my condolences and just give in my respect out of respect for Gregg in person.”

Bailey said she felt “so bad” about missing Gregg’s funeral, but was “glad” she didn’t make it so she could spend quality time with NeNe.

“I’m really glad, honestly looking back, that I didn’t make it to the actual celebration [of life] because I think if I had, I never would have had the moment that I got to have with her just hanging out with her at her lounge and pretty much closing the place down,” Bailey told the outlet. “We really got to spend some one-on-one time together. And I know that wouldn’t have happened had I been there with everyone else,” she added. 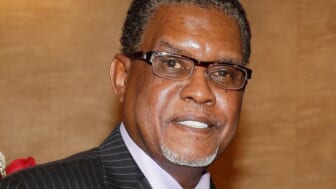 Gregg was diagnosed with Stage III colon cancer in 2018. He had reportedly been in remission for two years before his cancer returned earlier this year.