David Duvall argued that employer Novant Health, in its effort to promote diversity, replaced him with a Black woman and a white woman.

A Michigan man who sued his employer after alleging that he was fired because he is a white man has been awarded $10 million in a landmark judgment by a North Carolina jury.

According to a report from CBS News, David Duvall was fired in 2018 from his role as senior vice president of marketing and communications for Novant Health. He sued the company the following year.

In the suit, Duvall claims that he was replaced by a Black woman and a white woman shortly before his fifth anniversary with the company “as part of an intentional campaign to promote diversity in its management ranks.”

However, Novant Health, which is based in Winston-Salem, denied the allegations, saying that Duvall was fired for “deficient performance,” and for delegating “critical duties,” to his subordinates instead of completing them himself.

“We are extremely disappointed in the verdict, as we believe it is not supported by the evidence presented at trial, which includes our reason for Mr. Duvall’s termination,” a Novant Health spokesperson said in a statement. “We will pursue all legal options, including appeal.” 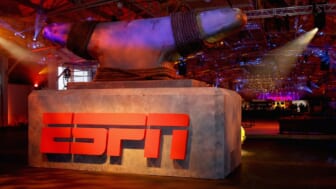 Also Read:
ESPN says they’ve been working on their diversity record for decades

Duvall’s attorney noted that the man was fired just before his fifth anniversary, when he would have been entitled to a larger severance package.

The attorney, Luke Largess, said he doesn’t view the judgment as a sign to “abandon diversity and inclusion, it’s to do it legally.”

“We are pleased that the jury agreed that Duvall’s race and gender were unlawful factors in his termination — that he was fired to make room for more diverse leaders at Novant,” Largess said Tuesday night in a statement to the Winston-Salem Journal.

“Duvall was a strong advocate of diversity at Novant,” Largess said. “We believe the punitive damages award is a message that an employer cannot terminate and replace employees in order to achieve greater diversity in the workforce.”

According to Business Insider, court documents note that the jury found that Duvall’s “race (Caucasian) and/or his sex (male) was a motivating factor in Novant Health’s decision to terminate him.”

“Novant Health is one of thousands of organizations to put in place robust diversity and inclusion programs, which we believe can co-exist alongside strong non-discriminatory policies that extend to all races and genders, including white men,” company spokesperson Megan Rivers said. “It’s important for all current and future team members to know that this verdict will not change Novant Health’s steadfast commitment to diversity, inclusion, and equity for all.”