The network partnered with Mass Appeal to create original content, celebrating and leading up to the 50th anniversary of hip hop in 2023.

Earlier this year, Showtime announced its collaboration with Mass Appeal to launch a massive, multi-year content initiative, Hip Hop 50, to commemorate the 50th anniversary of the genre and culture. Now, viewers will see the first phase of this campaign in the form of three new documentaries.

The initiative will celebrate and highlight the numerous aspects of hip hop culture through a series of films, podcasts, unscripted series, and digital shorts starting this year and leading up to 2023. It’s driven by filmmaker, and Mass Appeal’s Chief Creative Officer Sacha Jenkins, as well as rapper and investor Nas.

The first projects are scheduled to premiere on the first three Fridays of December, according to a press release. 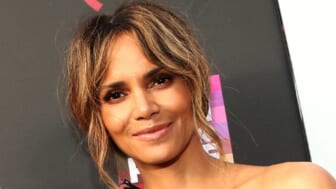 The first documentary, Video Music Box, is directed by Nas, real name Nasir Jones. The film is a chronicle of the groundbreaking public television series that showcased and premiered rap and hip hop music videos and tells the story of its host, “Uncle” Ralph McDaniels. Started in 1983, and still airing today, McDaniels became one of the culture’s first tastemakers, introducing the world to acts like Jones, LL Cool J, Fat Joe, and Nicki Minaj in the early days of their careers.

“Hip hop’s growth and rise over what will soon be 50 years is staggering,” Jones said. “With influential partners like Showtime, we are poised to bring hip hop’s greatest stories to life and inspire a multitude of generations in the process. It is truly a blessing to be a part of this movement that gives due praise to my community and the culture.”

The piece will pull from nearly four decades of unseen footage from McDaniels’ personal vault from the longest-running music video show ever. Video Music Box will premiere on Dec. 3.

Next, Ricky Powell: The Individualist, a documentary on the famous New York City photographer Ricky Powell, directed by Josh Swade. Airing on Dec. 10, the film will illustrate Powell’s rise to worldwide fame by capturing some of the most infamous figures during a period in the 1980s and 1990s when hip hop ascended in public consequence. The photographer known as “The Rickster” took photos of the likes of Run DMC, The Beastie Boys, Jean Michel Basquiat, Andrew Warhol, and Madonna, just to name a few.

Swade has worked with Showtime in the past; co-directing the 2016 documentary One & Done on future NBA All-Star, Ben Simmons.

The third documentary of the month is Rolling Like Thunder, directed by filmmaker and graffiti expert Roger Gastman. This film takes a deep look into the secret underground culture of graffiti writing in the New York subway systems. It will also reveal stories from mythical artists, rival graffiti crews, and how the risky endeavors of tagging subway cars evolved from an underground sub-culture to influencing generations of progressive artists, according to the press release.

Future projects from Hip Hop 50 will also include Push It, a multi-dimensional project that will focus on the varying stories and contributions of women in hip hop, and Hits From the Bong, a documentary about West Coast rap trio Cypress Hill.