Members of the jury that convicted Derek Chauvin for killing George Floyd share how trial impacted them; verdict "was based on the evidence."

The trial of former Minneapolis police officer Derek Chauvin riveted the nation. Chauvin was charged with second-degree unintentional murder, third-degree murder and second-degree manslaughter after a video of him kneeling on the neck of George Floyd for over nine minutes in May 2020 sparked global protests against police violence.

In an exclusive interview with CNN Thursday, several members of the jury that convicted Chauvin earlier this year are speaking out about the experience.

Seven members of the jury sat down with Don Lemon and told him their decision was made solely on the evidence presented, not their views on race or race relations.

“It is definitely in my spirit and it will always be there,” Sherri Belton Hardeman said of the video capturing Chauvin kneeling on Floyd’s neck.

The haunting clip was captured and shared on Facebook by Darnella Frazier, the 17-year-old Minneapolis teen who was later awarded an honorary Pulitzer Prize for recording the deadly scene at the center of one of the most important trials about police violence since the beating of Rodney King.

Several jurors told Lemon they have sought counseling or therapy since serving on the jury. The group was sequestered during the trial that began in early March and ended in late April, a period that found them hearing emotionally taxing testimony from several witnesses, including Frazier, and others who reiterated their frustration at being unable to stop the murder. 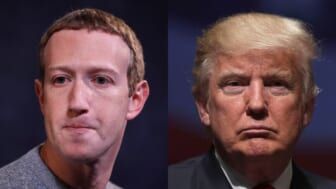 The jurors deliberated for 10 hours before convicting Chauvin. Nicole Deters said the first thing they did in the jury room was remove their face masks and introduce themselves.

“Some of us felt a little bit eager because we had been holding all this in for three and a half weeks,” Brandon Mitchell added.

They noted that they reexamined the evidence and watched the video several times, as well as read notes and testimony to understand the charges, including Chauvin’s intent.

“We got here because of systemic racism within the system, right, because of what’s been going on. That’s how we got to a courtroom in the first place,” Deters said. “But when it came down to all three verdicts, it was based on the evidence and the facts one hundred percent.”

On June 25, Chauvin got a prison sentence of 22.5 years, with the potential for early supervised release. 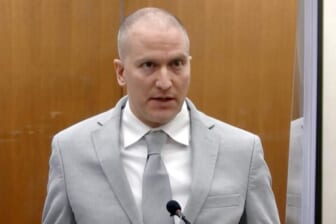 The jurors also expressed their respect for Frazier and other bystanders who captured videos, saying that without such evidence, they do not believe the trial’s outcome would have been the same. However, more than one juror said they never want to see the video again.

“I had a big gasp,” Hardeman said of the moment in the video when prosecutors said that Floyd was dead. “I’ve never experienced anything like that before. I don’t think any of us have. It was very, very traumatic. And it just hurt — just hurt my whole soul, my whole body. And I felt pain for his family.”