Damaury Mikula "advised he wanted to do something fun for three seconds," authorities said of his arrest, "and it cost him."

A popular social media star is accused of provoking a high-speed chase in Pasco County, Florida, after barreling through a red light and prompting a police officer to follow him.

According to a local report from WFLA, Damaury Mikula — who has more than 4 million followers on TikTok alone — was arrested Friday after doing a “burnout” through an intersection in his gray Dodge Challenger.

According to police, Mikula told them he saw the police following him but thought the incident would be over if he got away. Instead, Florida Highway Patrol arrested him at his home in his driveway.

They say Mikula told them he makes nearly half a million dollars a year “blogging his life.”

The 18-year-old was charged with fleeing/eluding police with disregard of safety to persons or property, reckless driving and racing on a highway, according to a report from Fox News. He posted bail and was released on Saturday morning. 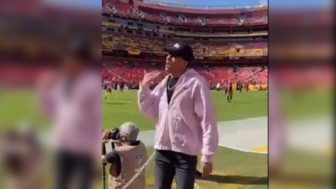 Another TikTok star, Ali Nassar Abulaban, was arrested on two counts of murder last week after he reportedly shot and killed his wife and her friend. Abulaban has nearly a million followers on TikTok, where he posted videos of himself doing stand-up comedy and voice impressions.

His screen name, JinnKid, had amassed hundreds of thousands of followers, and his most recent video, just days ago, was of him doing an impersonation of Tony Montana from the movie Scarface. Many of his clips have been taken down from the site since his arrest. 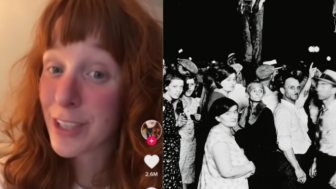 Abulaban had previously been charged with domestic violence against his wife, Ana, who was in the process of leaving the marriage.

The TikTok star allegedly confessed to his mother that he had committed the murder. Abulaban is currently being held at the San Diego County Jail with no bail.