Influencer Nenobia Washington, ‘The Queen of Brooklyn,’ may have fallen to her death

A GoFundMe was set up to cover burial costs and a homegoing service in Brooklyn.

Social media influencer Nenobia Washington, known as “The Queen of Brooklyn,” died over the weekend in what appears to have been a fatal fall from a building in New York City, TMZ reports.

Washington, 38, became Instagram famous after her 2015 interview with HotNewHipHop went viral. In the clip, she slams Nicki Minaj, praises Hillary Clinton and Jay-Z, and denounces ISIS. When asked about the streaming service TIDAL, she said, “That’s my sh*t. I f*cks with Jay-Z.”

“Jay-Z earned all his money. Jay-Z is not Illuminati. You hating a– n—-s that’s hating on Jay, If he wants to be Illuminati, let him, but Jay-Z is a real n—a,” she continued before playing Jigga’s “Imaginary Players” and rapping along to the lyrics. Watch the moment via the clip below.

Dupree Frederick, who claims to be Washington’s cousin, confirmed her death in a Facebook post. “This is A Sad Sad Day,” Frederick wrote. “I can’t believe I’m writing R.I.P to My fam/ Lil Cuzzin/Lil sis Zenobia R.I.P You Will be Truly missed May God bless your soul. This is f—-n me up right now.”

Washington was found unconscious and unresponsive in front of a building on Saturday night, according to TMZ. She was rushed to a nearby hospital, where she was pronounced dead.

“Our sources say the preliminary investigation revealed Nenobia’s injuries appear indicative of a fall from an elevated position, and it’s believed she intentionally jumped from 6 stories up, but the investigation is ongoing and the Medical Examiner has not yet determined the official cause of death,” the outlet reported.

As news of Washington’s death circulated the internet, TIDAL paid tribute to the influencer on Twitter. “Our hearts are with BKTIDALWAVE and her family today,” they penned in a tweet. “Rest In Peace to The Queen of Brooklyn.”

As reported by TMZ, the family received varying accounts about what happened. David Jackson, father of Washington’s son Tyeleck, was told she fell from a window, while witnesses claim she jumped.

The family slammed reports that Washington went missing before her death. Jackson confirmed to TMZ that she and her son spoke the night before she died.

On social media, fans of Washington were left stunned by news of her death. One Twitter user wrote, “I love this woman so much. I remember just sharing memes of her constantly on my main account and from there took it upon myself to do a meme reactions page of her. This account will still be active to cherish the moments of this Queen but I hope her family stays stong [sic].”

Another user commented, “I’d always come on here to look at her videos, ngl it would brighten up my day! She’ll always be remembered, it’s a great loss!”

In one popular viral clip, Washington says, “Can’t wait to go to heaven cause i know Whitney got all the coke.” 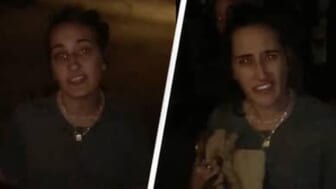 A GoFundMe was set up on Monday to cover burial costs and a homegoing service in Brooklyn. A message on the campaign page states: “We are looking to raise funds for Nenobia Washington aka BK TidalWave going home service. Nenobia brought laughter and tears she was loved by many so we are going to make it as nice as we can for her. Once we have secured a location we will set the plans up so the people that would like to show their respects can.”

The family said leftover funds will be used to take care of Washington’s son.