A Brooklyn “Karen” allegedly assaulted a Black couple at a dog park in Williamsburg after telling them to stay in their hood on Saturday night.

The latter part of the incident and assault was caught on video by author Frederick Joseph, who posted it on Twitter claiming that the attack stemmed from the woman confusing his dog with another dog who was barking loudly.

During the video, the woman flipped Joseph off before trying to smack his camera out of his hand. She then seemingly accused Joseph of doing something to her, but that part of the video is not clearly audible.

Joseph said that he and his fiancé were just walking their dog in the park when the woman started screaming “river, come on” towards their dog.

At the end of the video, Joseph asked a bystander to confirm that the Karen told them to stay in their hood, and the bystander stated “she did.”

There have been no updates in regards to whether or not charges are being pursued. 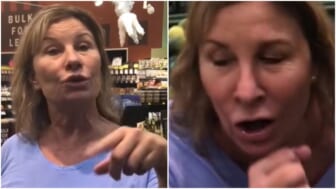 Attacks by “Karens” have frequently gone viral on social media in the past few years, as many call for people to be held accountable for the racially motivated, and sometimes violent, interactions.

One of the most telling occurrences was the May 2020 incident with Amy Cooper, a white woman who was caught on camera making false allegations to the police against a Black man in Central Park.

Amy had her dog unleashed, despite park rules to keep dogs tethered in the area. Christian Cooper, who was bird watching at the time, asked Amy to leash her dog and she refused.

Christian then began recording Amy, who called the police and told them that “there’s an African American man threatening my life.”

The video went viral, causing Amy to lose her job and be charged with falsely reporting an incident, which could have landed her up to a year in jail. However, the charges were dropped in February after Amy completed therapy involving racial bias training.

While the “Central Park Karen” brought much attention to the issues of racism and criminal justice — even getting legislation passed that makes these types of false reports a hate crime — the incidents of “Karen” attacks still continue in New York City and around the nation. 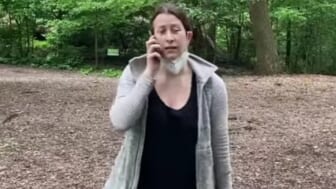 In early September, a video of a “Karen” pushing a young Black man off of his skateboard because she believed he did not live on the property made its way around TikTok.

After getting criticisms for not pushing back at the Brooklyn “Karen, Joseph, who is a New York Times best-selling author, said that if he did react, he could have been shot by the police.