Marvin Gaye once sang, “The artist pays the price so you don’t have to pay.” The 1981 track “Life is for Learning” spoke to how singers and songwriters choose to sacrifice themselves for the sake of enlightening the listener on better ways to navigate life.

Cut to 2009: A young rapper named Scott Mescudi, known to the world as Kid Cudi, rhymes on “Soundtrack 2 My Life,” “I tried to think about myself as a sacrifice/Just to show the kids they ain’t the only ones who up at night.” 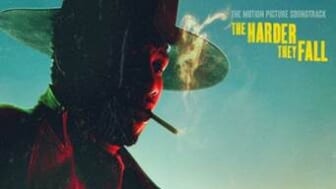 The track foreshadowed what Cudi would come to mean to the millions of fans he would accumulate thanks to his penchant for, and insistence on revealing his demons and inner struggle, even to his detriment.

A new documentary on Cudi, A Man Named Scott, premiering Nov. 5 on Amazon Prime Video, examines how his debut album Man on the Moon: End of Days and much of his catalog since has effectively become the soundtrack to the lives of the forgotten youth; for the teenagers and the young adults who feel lost, hopeless and in need of inspiration.

In an exclusive clip from the film, clinical psychologist Dr. Candice Norcott unveils the double-edged sword of what it means to be the voice of a generation. She explains how the expectation of uplifting, if not saving people from themselves, results in a heavy cost for the source of that salvation.

“There are people who say, ‘that song saved my life,’ and that’s got to feel extremely scary,” Norcott said. “‘I have these people’s lives in my hand, but I’m struggling here, too.’ The pressure in that can be overwhelming.”

The film, directed by Robert Alexander, explores the pressure on Mescudi in an extensive and unrelenting fashion. It shows how that pressure drove him to cocaine and depression which ultimately made the rapper seek rehabilitation for suicidal ideations.

The film also shows how pressure made him understand that the battle for mental health is just that; a battle — an ongoing series of ebbs and flows. His music is designed to show people that it’s ok to not be ok; that they’re not alone. 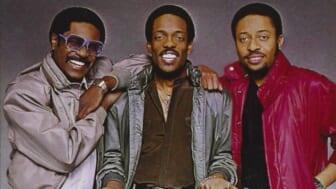 A Man Named Scott travels through his ambitions to be a rapper, prompting him to leave his hometown of Cleveland, Ohio, to head to Brooklyn, New York. We see his song “Day N Night” become a sensation on MySpace two years before his major label debut. We meet the essential players in his artistic journey, including producers Dot Da Genius, Plain Pat, and Emile Haney, and how they crafted his early work, how Cudi altered the way they make beats and how he took heed to their direction as well.

One of the greatest revelations in the film is the anecdote about Mescudi’s contribution to Kanye West’s 808’s and Heartbreak album, one of the most transformative bodies of work of the last 15 years. We get a window into West, songwriter Jeff Bhasker and Plain Pat explaining the process of Cudi writing the chorus for the iconic single, “Heartless” and the pilot light it was for a movement that still rages.

“What’s beautiful is that musicians and artists tap in and express things in a way, and sew things in a way that help us to free our minds a lot of times,” West said.

From the start, you hear from Mescudi himself, both via footage of his younger self to interviews for this film, say that it was always his intent to be a symbol of change, in more ways than one.

He ingested acts like Coldplay, John Mayer, Electric Light Orchestra, Crash Test Dummies, and Queen for creative fuel rather than the popular rappers of the mid-to-late 2000s. From there you understand how this eclectic blend of genre and style fed into Mescudi’s undefinable yet instantly recognizable sound.

Cudi also pledged to be a symbol of change for his audience. He says that Man on the Moon: End Of Days was created “for the broken and the lost.” You then see how the film is a testament to the profound influence that Cudi has had on this generation of rappers, producers, singers, and even actors.

Willow and Jaden Smith, Shia LeBeouf, Lil Yachty, A$AP Rocky, Schoolboy Q are among the film’s guests who gush over the importance of Cudi and how his fearlessness in lyricism and exploration of expansive minimalism in his song arrangements led them to be better versions of themselves as creatives and as people.

LeBeouf, a close friend of Mescudi, explained quite poignantly how the rapper’s music and approach to making said music affects those who need to hear it most:

“I think the best artists all have that drive, that they feel like they need to; to be able to survive, but also have this confidence in that the people on the other side need this sh-t,” he said. “That in sharing this with people, healing can happen, not just for the person making the sh-t, but for the person receiving the sh-t.”

The uncompromising candor of Mescudi’s battles with depressions, drugs, and suicidal thoughts notwithstanding, what makes A Man Named Scott work is that its ongoing motif about consistently striving to not fit within the fray.

Whether it’s being unafraid to talk about your struggles lyrically, daring to stand out against the formulaic imagery with which rappers are stigmatized, or allowing other outside influences to guide you when everyone is telling you to go with what worked before, the documentary shows there’s no wrong way to create.