The Las Vegas team released Ruggs, their 22-year-old wide receiver, after he was officially charged in the fatal accident.

According to a report from TMZ, the 22-year-old wide receiver for the Las Vegas Raiders was driving a Chevrolet Corvette at a high rate of speed when he crashed into a Toyota Rav4 early Tuesday morning, at approximately 3:40 a.m.

The Toyota caught on fire, trapping its unidentified driver who was not able to escape before flames engulfed the vehicle. She was pronounced dead at the scene in Las Vegas.

Ruggs and his girlfriend, Kiara Washington, with whom he has a daughter, reportedly suffered “serious” injuries that did not appear life-threatening, police said. Ruggs was released from University Medical Center on Tuesday and booked into the Clark County Detention Center. After initially being charged in absentia, his first official court appearance was early Wednesday.

Reporting early Wednesday indicates Ruggs was traveling at 156 mph, and was only able to slow to 127 mph before he struck the SUV’s rear. His Corvette and the Toyota, which contained a 23-year-old woman and her dog, rolled over 500 feet, then the Toyota went up in flames.

It was later determined Ruggs had a blood alcohol level of .161, more than double .08, the legal limit. He refused to submit to sobriety tests at the crash site.

The Raiders released Ruggs from his contract following the charges. Prior to his release, the team issued a statement, saying, “We are devastated by the loss of life, and our thoughts and prayers go out to the victim’s family.”

In addition, the NFL said: “Our hearts go out to the family and friends of the victim of this horrific tragedy.”

“We will continue to gather facts and monitor the matter under our policies,” league officials said, “but our thoughts at this time are with those impacted by this devastating incident.” 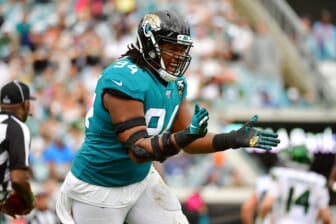 Ruggs was selected as the 12th overall pick in the 2020 NFL Draft after an impressive college career with the Alabama Crimson Tide, where he won a national championship in 2017. During his time with the Raiders, he scored 24 receptions, 469 yards and two touchdowns.

There is no eligibility for probation in Las Vegas, and if convicted, Ruggs faces up to 20 years in prison for the DUI charge. Reckless driving carries a possible one- to six-year jail term. 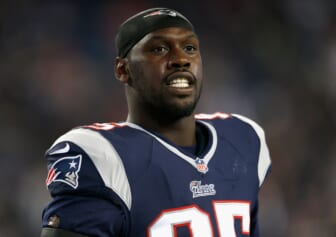 Ruggs’ attorneys, David Chesnoff and Richard Schonfeld, told TMZ Sports: “On behalf of our client, Henry Ruggs III, we are conducting our own investigation as of this writing, and ask everyone to reserve judgment until all the facts are gathered.”

Notably, these two lawyers also represented Josh Jacobs, the Raiders’ running back, in his January single-car crash incident. After an arrest for DUI, Jacobs never faced charges once a probe proved his blood-alcohol level was within legal limits.