The Lexington, S.C. students will not be allowed to return to classes or participate in extracurriculars for the rest of the year.

Officials of a South Carolina high school confirmed this week that a group of students who made a video recreating and making fun of George Floyd’s murder were suspended and are unable to return to campus for the remainder of the academic year.

Over the weekend, four students at White Knoll High School in Lexington, South Carolina shared a video on TikTok that quickly sparked outrage across social media and their community, reports The Slate.

The students seemingly intended to make light of the murder that sparked a national uprising in 2020. Local activists started a Change.org petition demanding the school take action.

“Racism has always been within our school that goes without doubt. However seeing it so bluntly out there is terrifying,” reads the petition. No matter your opinion on George Floyd himself we can agree that mocking his death is immoral, racist, and wrong.”

The petition was started, “so our principals and board members have no excuse but to address this racist event and the other many that happen on a daily basis.”

The document gained nearly 500 signatures by Wednesday when an email was sent to students and parents announcing the suspension of all those involved.

“Though the video was created off-campus at a private home and shared outside of school hours, the unacceptable and disturbing actions of these students negatively impact their school and all of our students,” White Knoll Principal Ted Daughtrey wrote in the email. 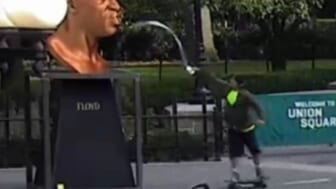 “The four students will not be allowed to return to school, nor participate in any athletic or extracurricular activities, for the remainder of the 2021–2022 school year.”

He also vowed that both the school and the Lexington 1 school district would commit to treating all students with respect. “Racism breaks down a person’s value and therefore, racism has no place in our schools, community or hearts,” he said.

In addition to not being allowed to return to school, the minors — whose names were not released — are also prohibited from participating in any extracurricular activities for the remainder of the 2021-2022 academic year.

School administrators are also addressing the needs of the student body as a whole, and have set up a range of support options for students and others who may be affected by the video. 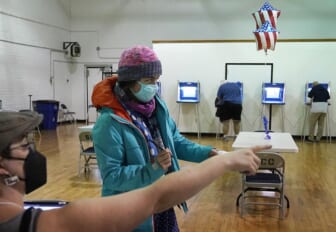 A fund set up to honor George Floyd and raise awareness about racial injustice has awarded more than $50,000 in scholarships since it was created in September.

“Our hope at the George Floyd Memorial Foundation is that these high-achieving students will become attorneys, activists and scholars who will work to ensure people are treated fairly around the world,” Harris said in a statement.

Bridgett Floyd, George Floyd’s sister and founder of the George Floyd Memorial Foundation, said: “As the days, months and years go by, one thing is true: my brother George’s death truly changed the world and by offering support to these students, it will allow us to continue to bring hope to those in need.”