A call from the Denver Police Department 10 days after Mary MacCarthy's flight convinced her she and her child had been racially profiled.

A single mother is claiming that she and her biracial daughter were being racially profiled when she was stopped and questioned for human trafficking after boarding a Southwest Airlines flight to Denver.

Mary MacCarthy, who lives in Los Angeles, said she and her 10-year-old daughter, Moira, were headed to the Mile-High City from L.A. with a layover in San Jose on Oct. 22 after learning of the sudden death of her brother. The grieving woman said the pair was surrounded by two Denver police officers and an employee of Southwest Airlines as soon as they disembarked the plane.

“They tried to speak individually to my daughter; I said, ‘No, she’s only 10, you’re not questioning her by herself,’” MacCarthy told a Los Angeles CBS affiliate, KPIX. “I took out my phone and started recording.”

In the video, MacCarthy says she is recording to document the interaction because she is too nervous to write. Her daughter is heard crying in the background.

The airline crew member tells MacCarthy that she is being questioned because flight attendants were concerned about her behavior when she boarded the flight.

She noted that she had asked for assistance to find two seats together on the flight, but they declined to help her. Instead, MacCarthy herself asked other passengers and found several who were willing to move so she and Moira could sit together.

After telling local authorities and the Southwest employee they were in Denver due to her brother’s death, MacCarthy was allowed to leave, she said. However, it was a call 10 days later from the Denver Police Department that convinced her that she had been racially profiled. 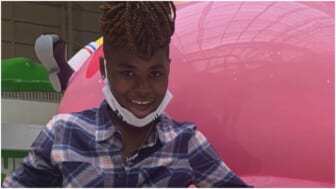 “Telling me she was calling up on the suspicions that I am a human trafficker,” MacCarthy said. “They saw a white mother, they saw a child with a different skin tone and said that’s suspicious, that could be a crime, and we’re reporting that. That’s not okay. This is the United States of America in 2021.”

MacCarthy told KPIX that she obtained a copy of the police report and alleged several claims from the flight crew were false, including that she did not talk to her daughter during the entire flight.

She says she’s glad she recorded her interaction with the police. 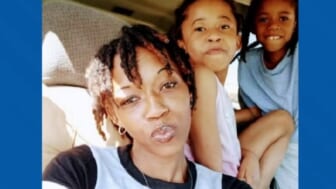 “I’m glad I did because it turns out that the truth recorded on my video is different than what they put into their official report,” MacCarthy contended. “I want them to be accountable for what is a clear, egregious case of racial profiling and racial harassment of myself and of a grieving 10-year-old African American girl.”

In a statement to KPIX in response, Southwest Airlines said, “We were disheartened to learn of this mother’s account when traveling with her daughter. We are conducting a review of the situation internally and we will be reaching out to the Customer to address her concerns and offer our apologies for her experience traveling with us. Our Employees undergo robust training on Human Trafficking. Above all, Southwest Airlines prides itself on providing a welcoming and inclusive environment for the millions of Customers who travel with us each year.”

Denver Police had made no comment to KPIX at press time.