JaShyah Moore, 14, was allegedly last seen with an adult male who bought her candy and juice

A New Jersey mother is desperate for answers after her 14-year-old daughter disappeared following a quick store run.

On the morning of Oct. 14, JaShyah Moore visited U.S. Food Market on Central Avenue in East Orange to pick up some juice and paper towels. When she returned home, she told her mother that she had lost the family’s EBT card.

“I just said, ‘Backtrack your steps,’” the teenager’s mother, Jamie Moore, recalled, PIX 11 reports. But when she didn’t come back within the hour, that’s when the concerned mother went out looking for her. 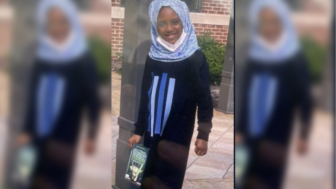 Moore reportedly visited several delis on Central Avenue before notifying police that her child was missing. The teen did not have her own cell phone and complicating the situation is a pending domestic violence case involving the teenager and Moore’s husband, an East Orange police officer who is reportedly JaShyah’s stepfather.

“I saw him punch my niece twice in the face,” the teen’s aunt, Yolanda Moore said. “And this guy’s in his 30s. And he’s really tall and he’s really big.”

JaShyah was expected to testify about the 2020 incident before a grand jury, according to a letter the family received about the legal matter. The aunt told WPIX, “I find it extremely convenient and coincidental that my niece goes missing a couple weeks later.”

Essex County prosecutors said, “the domestic violence assault and the status of the missing person do not appear to be related.”

“The domestic violence case is proceeding against the defendant,” wrote Katherine Carter, a public information officer in the Essex County Prosecutor’s Office. “We are aware of the fact that the mother reported the daughter missing. The missing person’s case is being handled by municipal authorities in East Orange. At this point, the domestic violence assault and the status of the missing person do not appear to be related; however, it is being monitored by law enforcement.”

When PIX11 News caught wind of the family’s “missing” posters on Facebook, the outlet visited the first deli JaShyah went to where she bought juice and some candy. Per the report, a female clerk revealed that a male was accompanying the young girl on the morning of her disappearance.

“Somebody came in with her and paid for her,” the clerk told the outlet. Co-worker Bassan Awaldi said the man “talked with her; he pay and go.”

JaShyah’s case has not received much media attention and the family cites race as the main reason.

“My niece is a Black, Afro-Latina girl, you understand?” Yolanda Moore said to PIX11News.  “When you’re’ in a disenfranchised community like East Orange…there’s a lot of, I would say, ignoring of Black little girls.” 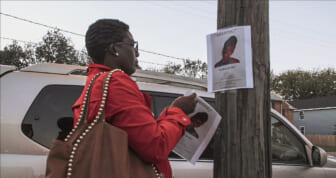 Jamie Moore said her daughter loved to cook and aspired to be a YouTube vlogger.

While the investigation is ongoing, police are hopeful that anyone with information related to JaShyah’s whereabouts will come forward. Tipsters are asked to call the East Orange Police Department at 973-266-5041.