Serena Williams recently revealed that her four-year-old daughter has a love for music, specifically playing the piano.

The married mother and tennis star appeared on Jimmy Kimmel Live Thursday and explained to host Jimmy Kimmel that her daughter Alexis Olympia Ohanian Jr. has a passion for music that outweighs her interest in tennis. 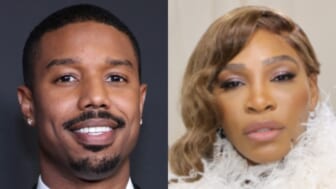 “She likes tennis, but I don’t know. Honestly, she likes playing piano,” Williams said. “When she was in my belly, I played a lot of piano music.”

The tennis pro called her child “a baby Mozart,” adding, “…of course every parent thinks they have like, a baby Beethoven or whatever.”

Williams said Olympia is taking piano lessons and she previously shared a video on Instagram of her daughter teaching her famous mother how to play.

In the caption, the athlete wrote, “I teach her tennis … She teaches me piano … 🎾🎹.”

Over the summer, Williams hit the tennis court with her daughter and served up lessons on the sport that included tips from Williams’ father, Richard Williams, theGRIO reported.

In a series of short videos shared on her Instagram page, Williams and her daughter did some warm-up drills in the first clip. In the second, the tennis champion asked the toddler, “You want to play a fun game?” She then encourages Olympia to imagine the tennis balls are snacks as she practices her stroke.

In the third video, the proud mother shared some advice her own father gave her while he was her tennis coach.

“You are so good at coaching that I might ask you for help for my own kids,” her coach, Patrick Mouratoglou, commented.

Richard Williams began coaching Venus and Serena when they were four years old. As reported by Heavy, he once revealed that he wrote a 78-page plan detailing their future. After Venus won her first Grand Slam title in 2000 at Wimbledon, her father took center stage when he began yelling, “straight outta Compton!”.

Williams enrolled her daughter in tennis last year amid the COVID lockdown because it was a “socially safe sport,” she told PEOPLE in April.

“Honestly, we started because it’s a socially safe sport, and when COVID happened, it was like, we’re just in the house with a 3-year-old, what do we do?” Williams said at the time. “There was only one answer, to my dismay.”

Earlier this year, Williams and her daughter appeared in their first collaborative fashion ad for a Stuart Weitzman campaign, theGRIO reported.

Titled “Footsteps to Follow,” the campaign marked Williams’ fourth season with the brand as its global spokeswoman. According to a statement, the shoot took place at their home, where the family of three, including husband Alexis Ohanian, reside. 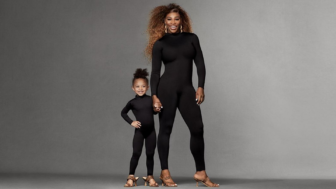 “Being on set with Olympia to shoot this campaign meant so much to me, and it is a moment together I will never forget,” Williams said in the statement. “She is Mini Serena; she’s so cute and she’s so fun.”

She continued, “Waking up every day to see her so happy to see me is a feeling I never thought I would experience. While I try to teach her how to be a positive influence, she in fact teaches me how to be a stronger person every day. It’s the best part about being a mom.”

According to the brand’s statement, the campaign was created to reflect the multi-faceted nature of womanhood.