“It’s been a long journey on a very tough road that only a few arrive to,” the music icon said.

Living legend Missy Elliot was immortalized with a star on the Hollywood Walk of Fame Nov. 8. After the star was unveiled, the five-time Grammy winner joined several of her A-list peers for a celebration at the Ardor in The West Hollywood EDITION hotel. 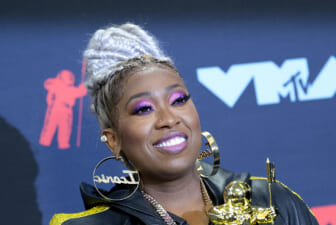 Also Read:
Missy Elliot honored with star on the Hollywood Walk of Fame

“Your music, kids still live for it to this very day,” Jackson said in the clip. “You are always ahead of the curve.”

A visibly emotional Missy wiped away tears while watching the video, according to the report.

“It’s been a long journey on a very tough road that only a few arrive to,” Jackson said, adding, “I am so proud of you and I love you so much.”

“By the third time, she had laid down the most beautiful ad-libs I had ever heard in my life along with a verse that was pumpin’ like nobody’s business,” MC Lyte said. “You made me have to show up for my first record.”

“People don’t understand how much creativity it takes to make something simple and dope,” he said. “They only think about painting pictures in hip-hop. But they don’t understand how difficult it is to achieve beautiful simplicity, to make elegant joints, you know what I’m saying? It’s harder than people think or everybody would do it, right?”

He added, “I just want to say representing the men out there in the game and people who have been doing it for years, we love you, we respect you, we appreciate you.”

Missy joked about endlessly crying over the heartfelt remarks.

“I have a headache I’ve been crying so much,” she said. “Anyone who knows me, I’m always crying. I’m a cancer sign. I’m emotional. I cry about everything.”

Elliot commemorated her Hollywood Walk of Fame achievement Saturday via Instagram, encouraging her supporters to persevere through the trials and tribulations they may face in their lives.

“I am so Humbly Grateful??? #hollywoodwalkoffame???????, Elliot wrote. “I’ve had to climb over many obstacles & I have been through a lot…but through the grace of God I never gave up even when times have been tough I have FOUGHT!” 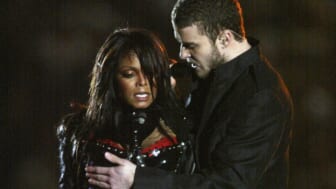 Missy’s star is located in front of the famed Amoeba Records on Hollywood Blvd., dedicated in the recording category.